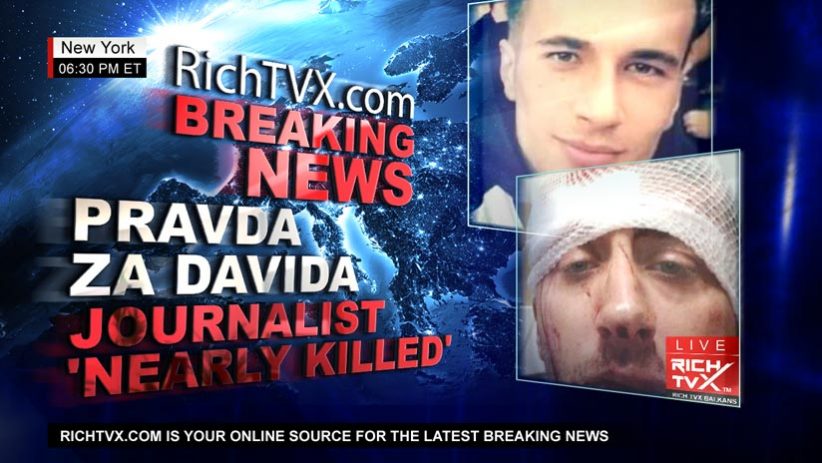 A leading BN TV journalist of Republika Srpska has been left with a fractured skull after two men beat him close to death on the doorstep of his Banja Luka home. The journalist was beaten with iron bars by two masked cowards. Vladimir Kovačević, who became father a few days ago, was hospitalized at the University Clinical Center of Republika Srpska, with numerous injuries, dominantly on the head. Vladimir Kovačević posted a photo on Twitter that showed his head bloodied and bandaged. The United States, the European Union and journalists in the region expressed outrage on Monday about the attack, and hundreds of journalists, opposition supporters and activists protested in Banja Luka.

NEW YORK / BANJA LUKA (RichTVX.com) – The investigation so far shows that the attack on Vladimir Kovačević would be identified as an attempted murder. Dozens of journalists have been brutally beaten in recent years in Republika Srpska, in clear retribution for their work. In most cases, their attackers walked free. “On the basis of the investigative measures and actions taken so far by the prosecutor of the District Public Prosecutor’s Office of Banja Luka and members of the Police Department of Banja Luka, this attack will be qualified as an attempted murder,” they said for “Rich TVX” from the Banja Luka District Public Prosecutor’s Office. Republika Srpska´s dictator Milorad Dodik is known for atrocities towards journalists, as the following audio clearly proofs:

Vladimir Kovačević was attacked on Sunday night as he returned home to an apartment block in the Obilićevo settlement in Banja Luka. Witnesses had earlier seen two men waiting at the entrance to the block. The attack has further shocked Republika Srpska’s beleaguered media and civil rights community, which has suffered numerous similar attacks in recent years by the criminal Dodik regime.Vladimir Kovačević was known for his stories about the Pravda Za Davida movement.

“The brutal attack gave a clear indication the assault was revenge for Kovačević’s writing. It is completely obvious that the people who did this did not like what he was saying and what he was writing positive about the Pravda Za Davida movement,” a source from Banja Luka told Rich TVX.

The young rapper David Dragičević was declared missing on March 18, and his body was found six days later in the Crkvena river in Banja Luka. His family is convinced that David Dragičević was brutally murdered. The struggle of David’s family to find out the truth about his murder has been going on since March, as his family, friends, acquaintances and citizens of Banja Luka have been gathering on the square of Krajina as the Pravda Za Davida movement, and they demand the truth to be revealed about his murder.

The U.S. Embassy in Sarajevo posted that the attacks on journalists are “unacceptable.”

“We strongly defend the right of journalists to report the news without fear of reprisal. When journalists are silenced, society suffers,” the U.S. embassy tweeted.

The pro-Russian nationalist Dictator Milorad Dodik made journalists “open targets” for attackers, who are part of his brutal, inhumane and corrupt regime long ago, as part of his show he even visited Vladimir Kovačević in the hospital on Monday, telling that he is sure that Republika Srpska authorities were not behind the assault, another show as part of his campaign ahead of the country’s Oct. 7 general elections.

Recent physical attacks against journalists @corbapas, @klixba, @AJBalkans, @MultimedijaBHRT are unacceptable. We strongly defend the right of journalists to report the news without fear of reprisal. When journalists are silenced, society suffers. #ProtectJournalists #EndImpunity

Hope you have a very speedy recovery!

NYT, WAPO & others revealed as participating in CCP propaganda events

‘Freedom,’ Florida and the Delta Varia ...

When that word does not mean what you think it means. [...]

Mondo Duplantis has a world record and a good chance at Olympic gold. [...]

Experts are starting to untangle the biological underpinnings of this [...]

He was peddling his black-and-white photos of New York City’s majesty [...]

The 25 Most Significant Works of Postw ...

Health insurers could do more to encourage vaccination, including lett [...]

Anthony Barajas, who was popular on TikTok, and Rylee Goodrich were ea [...]

The other side of the Skype Interview with One America News - Real America with Dan Ball. Interview will air...

Sunday, August 1, 2021: Join us live for Sunday worship services at Providence Baptist Church in Opelika, AL with the...

Monday, August 2, 2021: Join us for "Praying for America", hosted by Father Frank Pavone of Priests for Life. Watch...

Facebook is at it again. Big tech and all the leading digital platforms are out of control with their overt...

Pravda Za Davida – The Silence of… 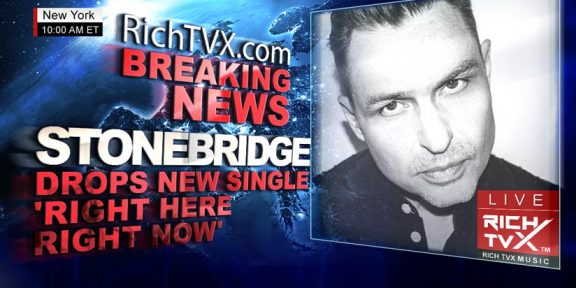