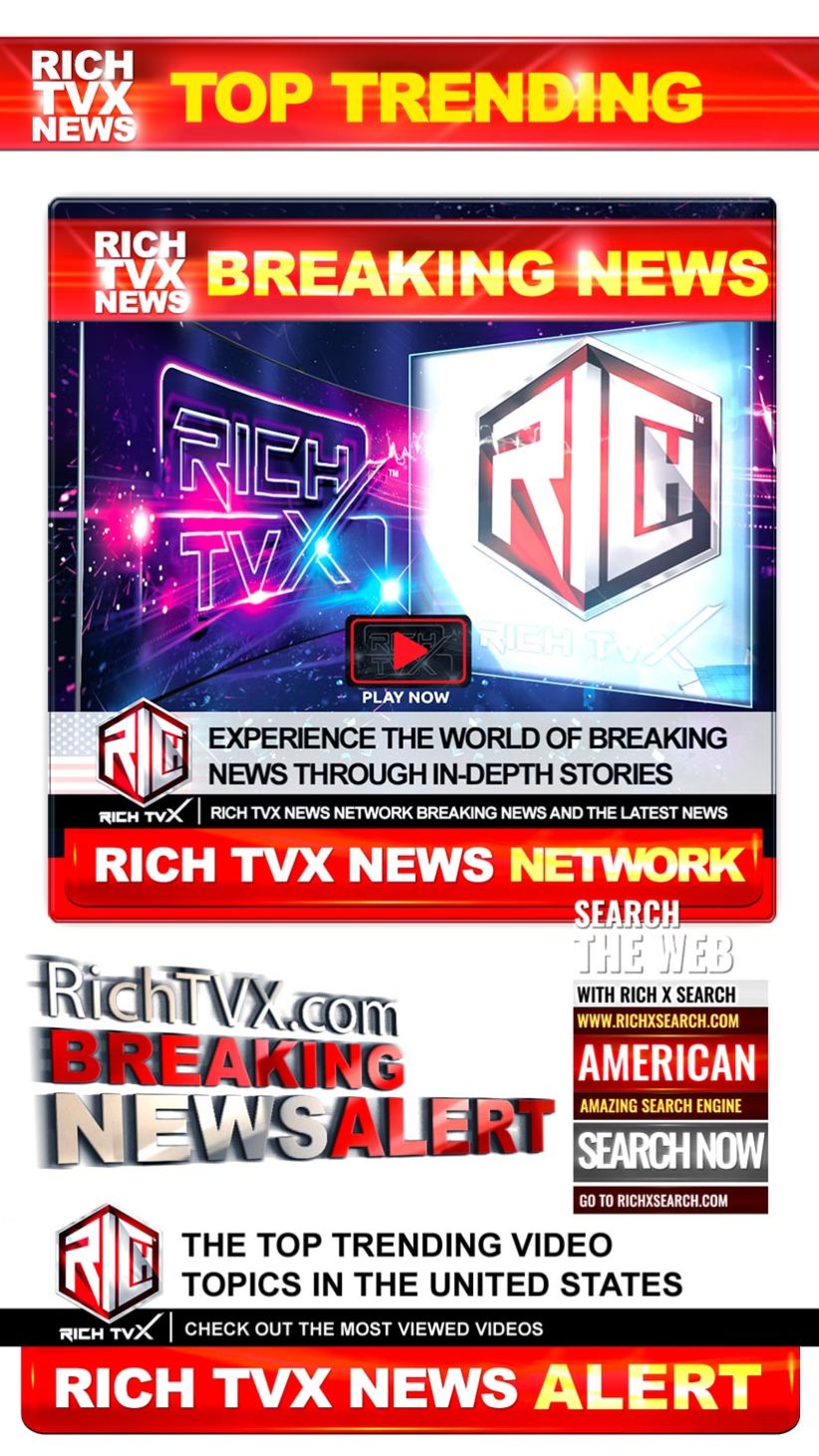 Devil May Cry 5 marks a return to the series’ previous Devil May Cry 4 continuity, reintroducing everything longtime fans missed about the franchise before it was unsuccessfully rebooted in 2010 with DmC. Although many didn’t see the reboot coming, Capcom has a history of losing touch with the core group of fans that enjoy their flagship titles.

What was the golden standard of survival horror transformed into an overly action-orientated shooter with Resident Evil 6 in 2012. Meanwhile, the company’s icon, Mega Man, was delegated to mobile games and HD re-releases, with no new core title prior to that in years. However, following the release of acclaimed titles like Mega Man 11, the Resident Evil 2 remake, and now Devil May Cry 5, it appears Capcom has finally started paying attention to its core fanbase, some of which accused the company of forsaking them.

The Watcher of Time: Capcom’s Rough Past

Mega Man 11 came following an overwhelming outpour of negativity when the company canceled the highly-anticipated Mega Man Legends 3 in 2011; Capcom Europe suggested the title didn’t have enough of an audience. Fast-forward to today and Mega Man 11 has a crossover weapon in Devil May Cry 5, in the form of a Mega Buster. Strong marquee titles for the company like Street Fighter V saw a huge lack of content in its initial 2016 release in order for it to release in time for EVO. The following year Marvel vs Capcom: Infinite had by far the worst outing of all the titles in the Vs. series for its lack of charm and new gameplay elements.

Capcom has gone through tumultuous times for the better part of a decade, and only now does it seem to be recovering from its string of blunders. However, the start of these decisions can be traced back to when the company announced it would be rebooting its beloved Devil May Cry series with DmC: Devil May Cry in 2010.

Despite Devil May Cry 4 being a commercial hit a few years prior to the announcement, Capcom wanted to differentiate itself from rival Platinum Games and their hit hack-and-slash title Bayonetta—which was made by original Devil May Cry creator Hideki Kamiya. As a result, the series’ traditional gameplay and story were changed, with the series’ leadman Dante being completely re-written—from his demon/human hybrid origin, his cocky sense of humor, to his signature silver hair—much to the chagrin of longtime fans. Although critics enjoyed it, DmC: Devil May Cry was lambasted by its core fanbase, leaving the franchise in a state of limbo for over five years, until Devil May Cry 5.

The Sons of Sparta: Three Warriors

Devil May Cry 5 is a continuation of the story that’s been playing out within the franchise since it began and ended, completely ignoring the existence of DmC and all the changes to the series it brought with it. Here, we catch up with an older and scruffier Dante, Devil May Cry 4’s novice Demon Slayer Nero, and newcomer V as they investigate the re-emergence of demons after a lengthy period of peace on earth.

Promoting three different characters to play as, Devil May Cry 5’s gameplay harkens back to the series’ traditional hack-n-slash roots but still introduces new gameplay elements with Nero and especially V with his unique skill set. These explorations in gameplay, however, do not take away from the core mechanics longtime fans have missed. That being said, each character plays much differently than the other, requiring a different approach to playstyle depending on who you’re fighting as.

Dante retains almost every signature weapon and functionality that’s ever been introduced to him throughout the series, including his Styles moveset that sees the character’s proficiency with certain mechanics increase in performance. He’s easily the most robust character to play as, making the game easier to run through. Nero also retains the same playstyle he had, however, his demonic arm has been replaced with swappable mechanical limbs, each with their own various ways of attacking. This makes Nero the most well-rounded character in terms of introducing newer and already established playstyles. Lastly, V’s playstyle features him more as a summoner than a swordsman, taking to the background and utilizing ethereal creatures to do his bidding.

Pull My Devil Trigger: The Gameplay

At the core of all the playstyles is the series’ bread-and-butter hack-and-slash gameplay. The color-coded enemies of DmC that only take damage from particular weapons are gone. Players must once again learn the patterns of every given enemy and plan their course of attack accordingly, all while attempting to do it as stylishly as possible. The more Style points you rank up from performing various successive attacks, the higher your overall score (ranging from D, C, B, A, S, SS, and SSS) increases. The music even progresses the better you’re playing. If you play well enough and finish the stage fast while using little to no continues, the better your overall rank for the stage will be.

Everything—from each character’s intricate combos to the Stylish rank system—makes gameplay feel fulfilling. Although many of the same settings are reused from the perspective of different characters, that’s how the Devil May Cry franchise has always been, and because the gameplay from each character is so rewarding, you never really mind the backtracking. Even the process of upgrading weapons and unlocking techniques never feel like a grind. The red orbs needed for these are never hard to come across; the game is very liberal with their availability amongst the stages or the enemies you defeat.

The only problem–which has followed the series from its initial title to now–is the slight camera inconvenience, which only sticks out more when it’s tied to the game’s targeting system. You can aim at enemies and cycle through each target by pressing down on the analog button. This can be a pain in a game as fast pace as this, especially when there are so many enemies to cycle through one by one.

The series’ has always had a trademark sense of humor that showcased Dante’s cool, devil-may-care attitude as campy as possible, and that humor returns to form in Devil May Cry 5. Long gone are the days of Dante using the slang word “church” in earnest as he did in DmC.

That humor is shared alongside other characters as well, Nero’s straight man dynamic with newly introduced character Nico, a brash weaponsmith that serves as Nero’s means of transportation. You can summon her mid-game from a phone booth and she’ll arrive after a brief cutscene and allow you to resupply on equipment. Most, however, will end up calling her to see what hilariously over-the-top way she’ll enter the scene and interact with your character next.

Devil May Cry 5 hit jackpot for Capcom, as did Resident Evil 2 just a month before. It appears the company has hit a stride where it has realized its pantheon of characters are just as beloved and nostalgically craved as Nintendo’s are. It’s already rumored a remake of Resident Evil 3: Nemesis is on the way and an HD remaster of the cult classic Onimusha is slated to release later this year. Trying new things are never bad, but catering to your fanbase, especially in a climate where those voices have a platform on social media, is essential in today’s market, and it appears Capcom is finally catching on.

Devil May Cry 5 is available now for the PlayStation 4, Xbox One, and PC in several different editions. Purchase them now at devilmaycry5.com.

Jenna Bush Hager&apos;s first day hosting the fourth hour of "Today, " "Today with Hoda & Jenna," kicked off with excitement and a few tears.

Is there an Austrian link to New Zealand mosque attacks?

<p></p><p>The main suspect in the mosque massacre was familiar with Austria's far-right scene.</p><p> 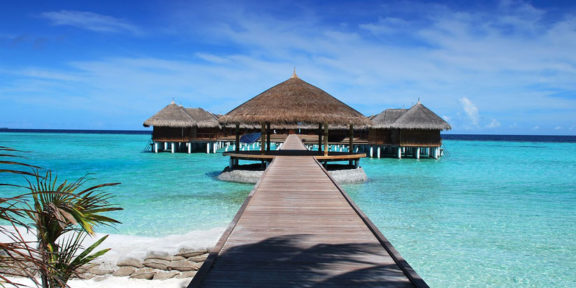 See our editors’ picks for the top destinations 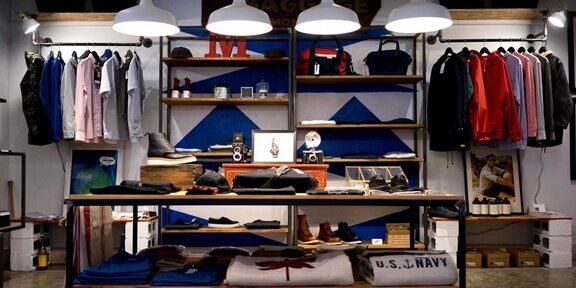 Here are the Sports Authority stores

Sports Authority filed for bankruptcy and announced that these stores will be closing. The company, which has 450 stores, filed a court document... 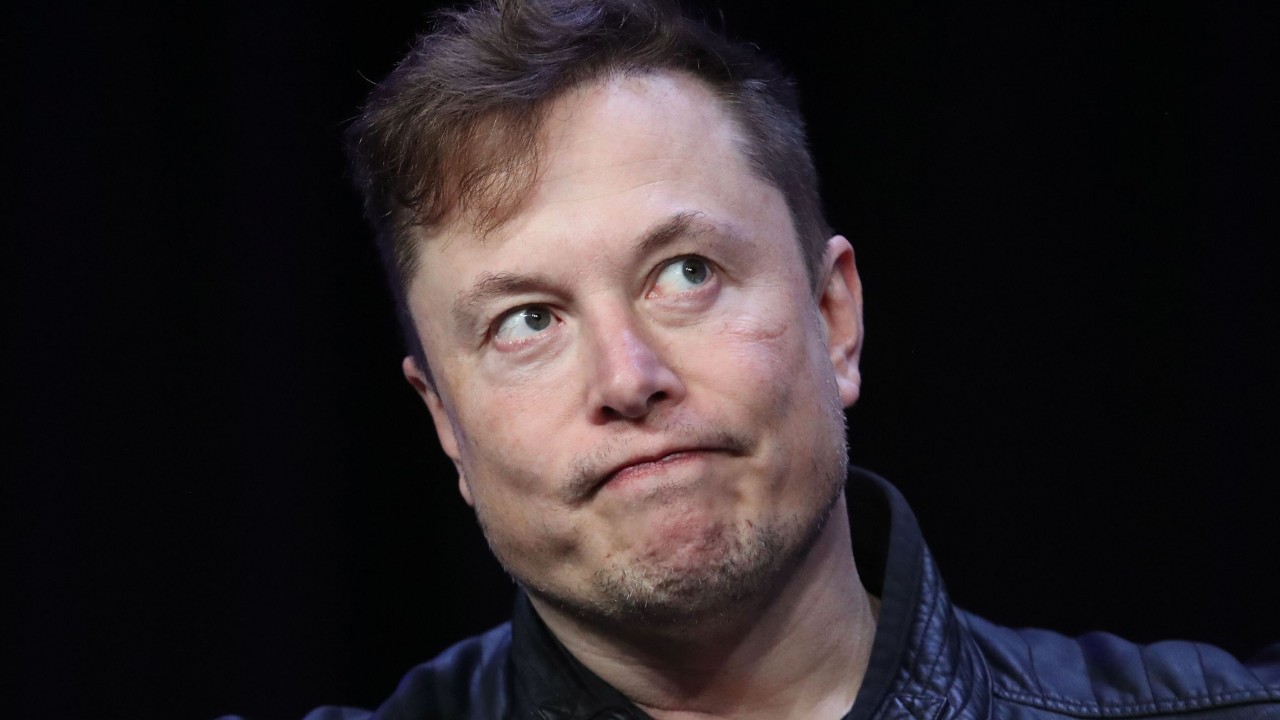 Musk has sold around US$32 billion worth of Tesla stock over the past 10 months, after he polled his Twitter followers whether he should trim his stake in the electric-car… [...] 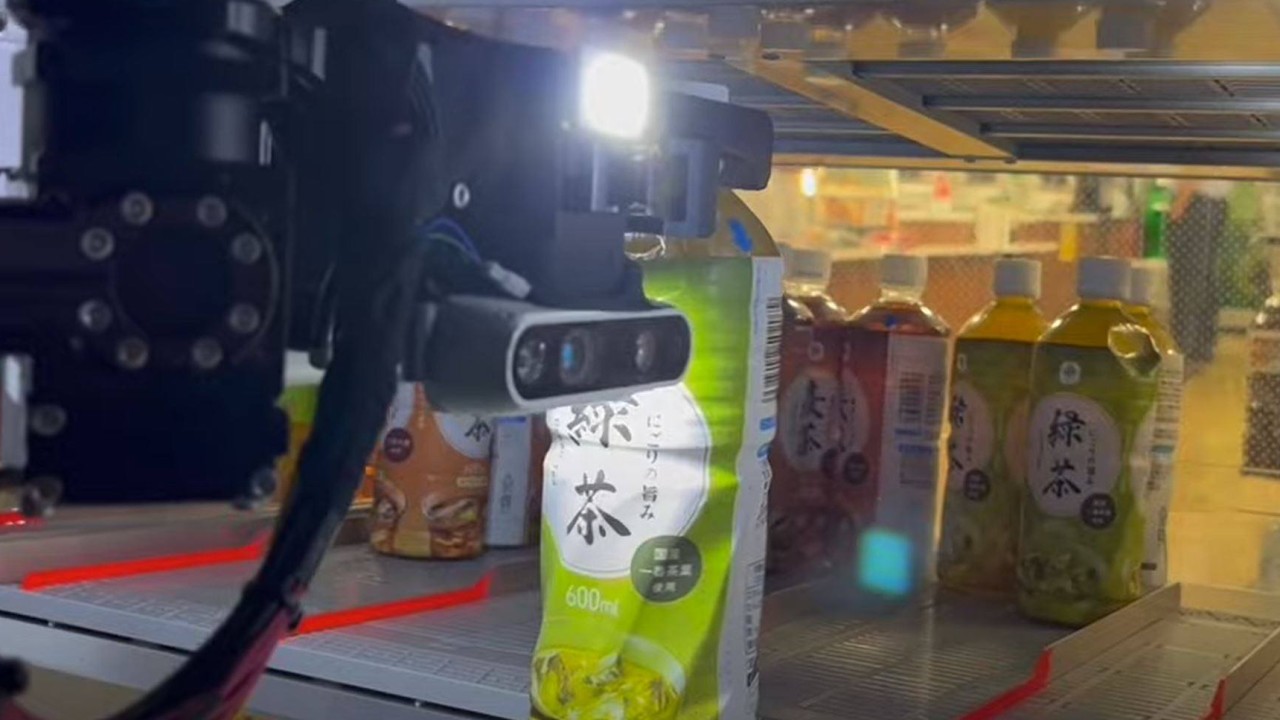 Dubbed TX SCARA – standing for Selective Compliance Assembly Robot Arm – the machines are largely autonomous, with remote piloting as a fallback option should the artificial intelligence fail or… [...]

How does the FBI get a warrant to search a home? 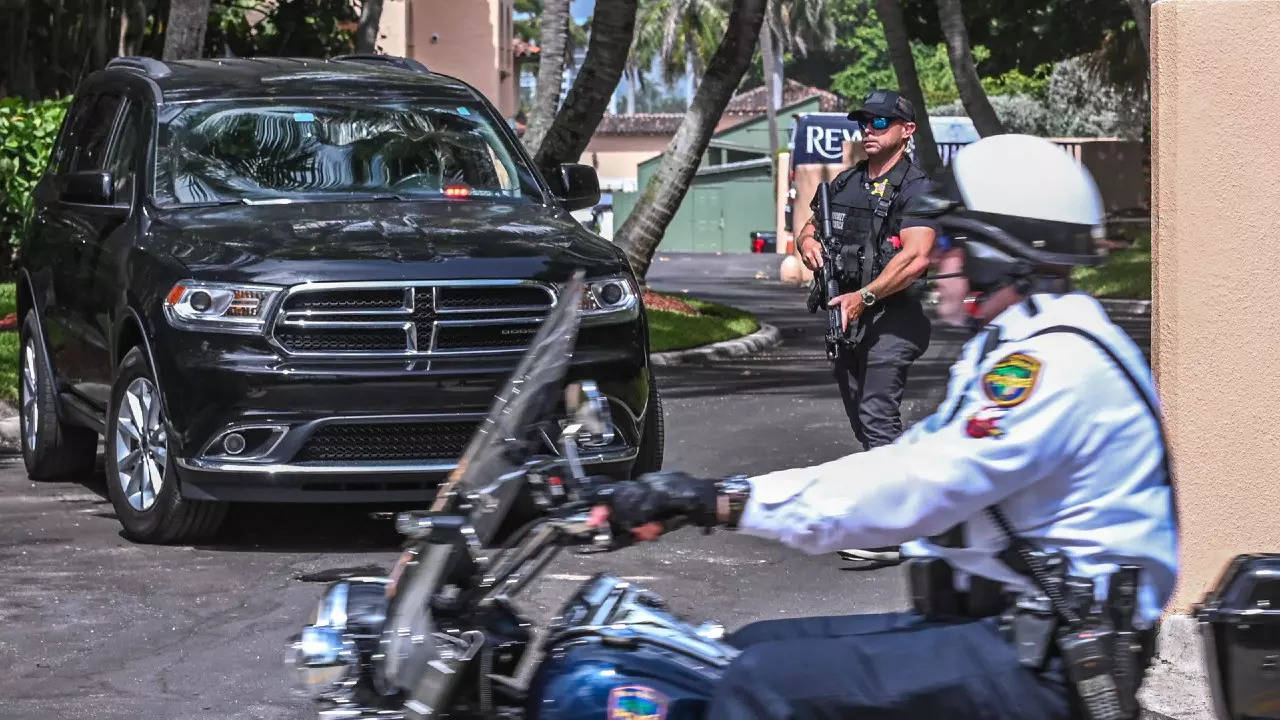 Cuba's worst ever fire brought under control after burning for 5 days at oil depot, officials say 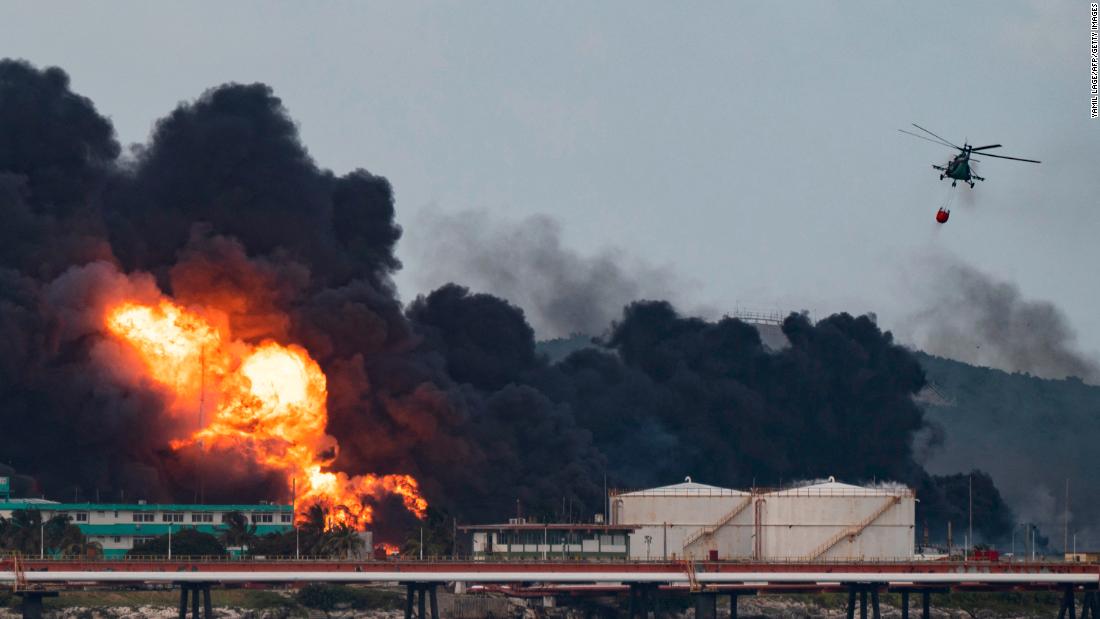 Firefighters on Tuesday finally overcame what officials described as the worst fire in Cuba's history that over five days destroyed 40% of the Caribbean island's main fuel storage facility and… [...]

Russians have begun training on Iranian drones, US believes 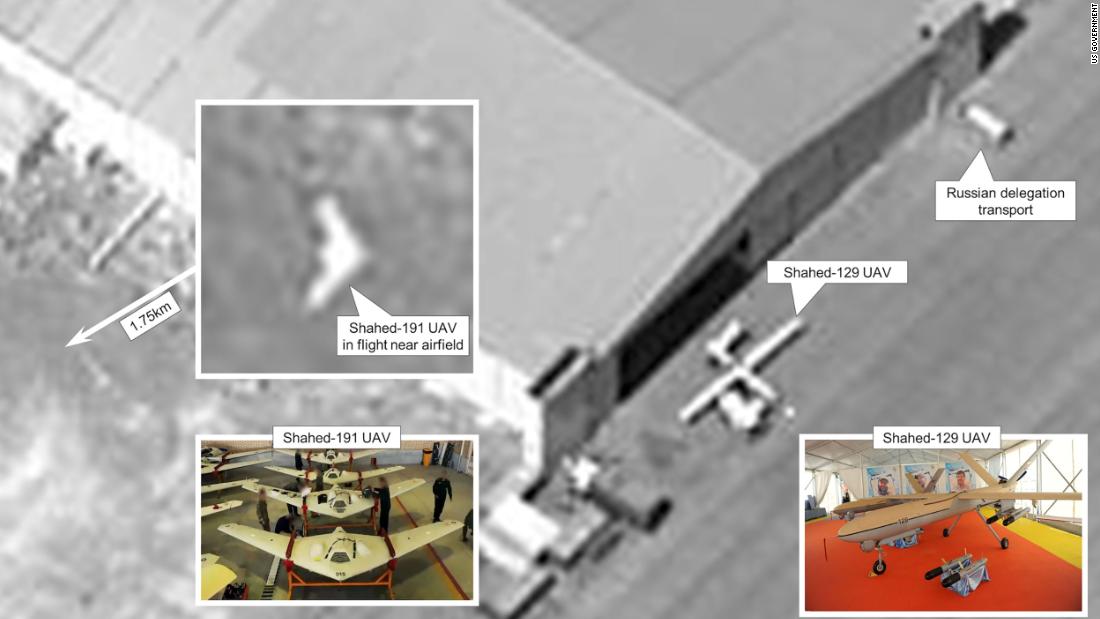 The US believes Russian officials have begun training on drones in Iran over the last several weeks, the latest sign that Russia intends to purchase the systems as the war… [...]