This Rich TVX News Network report considers a very specific aspect of cloning, namely, how to clone a malicious dictator 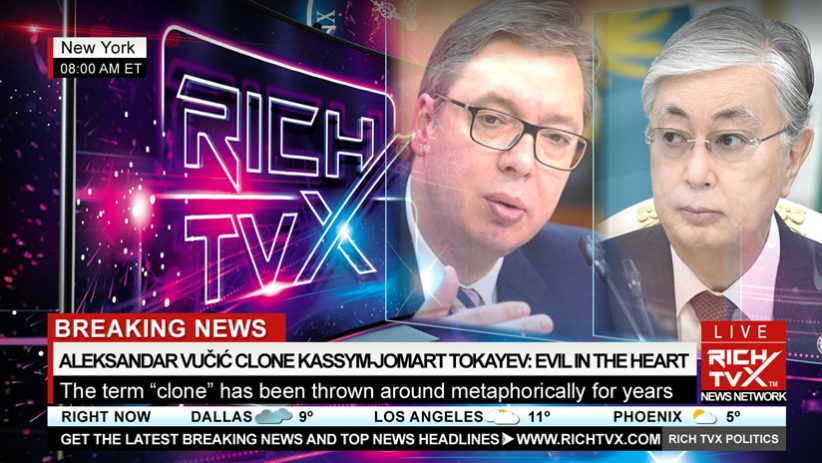 NEW YORK (RichTVX.com) — Street protests have been raging in Kazakhstan all week — and dozens have already been killed. President Biden raised questions about a Russian-led military alliance’s role in the country rocked by protests, as Kazakhstan’s human rights record seriously deteriorated, following violent clashes between police and demonstrators. Dictator Kassym-Jomart Tokayev declared a state of emergency in Almaty and Mangistau, temporarily blocking the internet, after a fuel price increase in the oil-producing Central Asian country triggered protests in which nearly 200 police were injured. Kazakhstan’s bloodthirsty tyrant Tokayev gave the country’s security services the green light to use deadly force against anti-government protesters, warning that those who refused to surrender would be “eliminated.” Yes, you’ve read that correctly. The Tokayev regime blamed outspoken political opposition activists for the unrest. Freedom of assembly is restricted and thousands have reportedly been arrested in Almaty and of the hundreds injured, at least 60 are in intensive care for participating in protests. Our website remained blocked at this writing, as independent journalists continued to be targeted for their work in Kazakhstan. Brutal police used tear gas and stun grenades to drive hundreds of protesters out of the main square in Almaty, the former Soviet republic’s biggest city, but the speed with which Russia dispatched troops to help quell violent demonstrations in neighboring Kazakhstan is testimony to the Kremlin’s recurring fear of “color revolutions,” say our analysts. 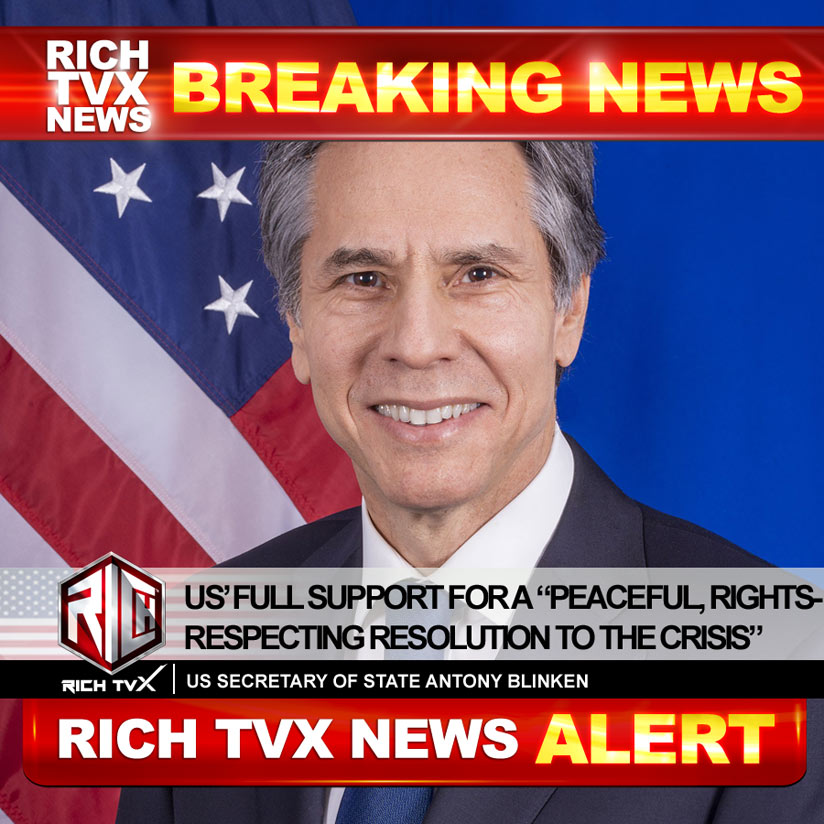 The Kazakh regime said today the situation is largely under control, which of course is not true, as dictator Tokayev issued a shoot-to-kill order and rejected any negotiations with protesters. Security forces in Kazakhstan say they have killed dozens of anti-government rioters in the main city, Almaty, and the former head of Kazakhstan’s domestic security agency has been detained on suspicion of treason. The detention of Karim Masimov, a former prime minister and longtime ally of Kazakhstan’s fromer dictator Nursultan Nazarbayev, was the first major move against a top official. Dictator Nazarbayev’s spokesman meanwhile denied rumours the tyrant had left the country and said he was urging Kazakhs to rally around the regime. US officials are urging Kazakhstan’s dictators to find peaceful resolutions to a series of protests. US Secretary of State Antony Blinken has spoken with Kazakh Foreign Minister Mukhtar Tileuberdi regarding the ongoing state of emergency in Kazakhstan, the US State Department has said. “The Secretary reiterated the United States’ full support for Kazakhstan’s constitutional institutions and media freedom and advocated for a peaceful, rights-respecting resolution to the crisis”, the State Department said. UN rights chief Michelle Bachelet has urged all sides in Kazakhstan to refrain from violence and to seek a peaceful resolution to their grievances, as dozens of people, including citizens and police officers, have been killed as protests continue to rage in Kazakhstan, the worst street unrest since the country gained independence 30 years ago. US Secretary of State Antony Blinken has questioned Kazakhstan’s decision to seek Russian military aid to deal with an ongoing wave of violent unrest. Vladimir V. Putin emphasised that the deployment of his forces under the Collective Security Treaty Organization (CSTO), a Eurasian military alliance of five former Soviet republics and Russia, is temporary. Kazakh tyrant Kassym-Jomart Tokayev made the request for assistance after protesters stormed the mayor’s office in Kazakhstan’s largest city, Almaty, and overran the city’s airport. But Mr. Blinken warned that “one lesson of recent history is that once Russians are in your house, it’s sometimes very difficult to get them to leave”. 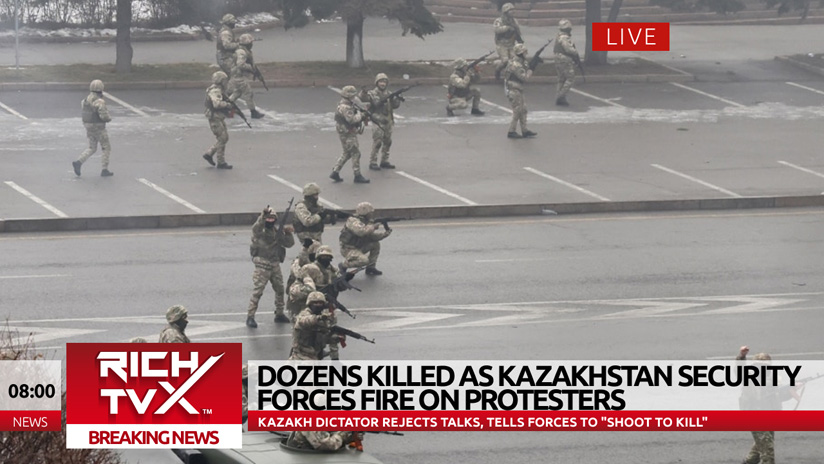 The Kazakh Regime Tries To Cover Up The Killings 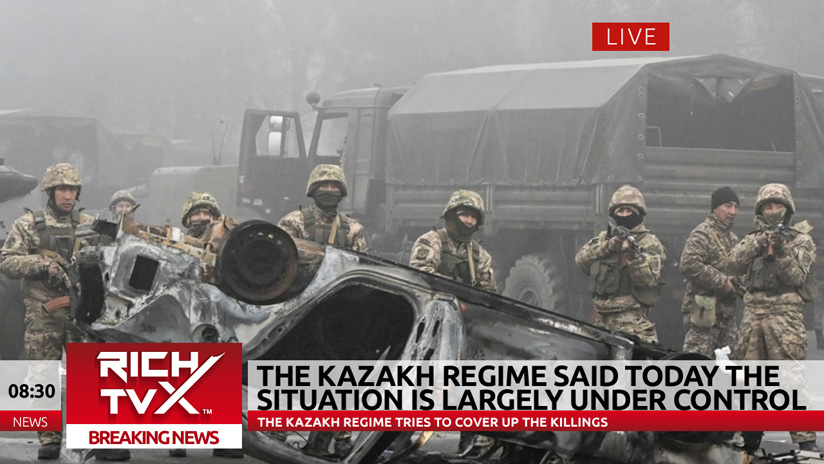 The term “clone” has been thrown around metaphorically for years. It´s called cloning, from a Greek word meaning “‘a cutting”, as from a plant. “Mononuclear reproduction” is a far more explicit term. Here’s some background information about cloning, a process of creating an identical copy of an original, but this Rich TVX News Network report considers a very specific aspect of cloning, namely, how to clone a malicious dictator. If you wanted to make another dictator Aleksandar Vučić, it wouldn’t be enough simply to scrape a bit of skin from his toe, pluck a nucleus from a cell, and go through that whole procedure. No, he must be very evil too. Reproductive Cloning is the process of making a full living copy of an organism, but we are speaking now of human cells; the number is different in different species and so in dictators. The chromosomes duplicate themselves, duplicating each of their genes— and the cell divides, one set of identical chromosomes going into each resulting cell. Cloning creates copies of genes or DNA fragments. This duplication and division occurs again and again. In mononuclear reproduction, the nucleus of an egg cell is destroyed, leaving the body of the cell unharmed. This is done by radiation and is, of course, microsurgery of the most sophisticated order. Into the enucleated egg cell is put the nucleus of a body cell of the organism to be reproduced — the nucleus of a body cell. 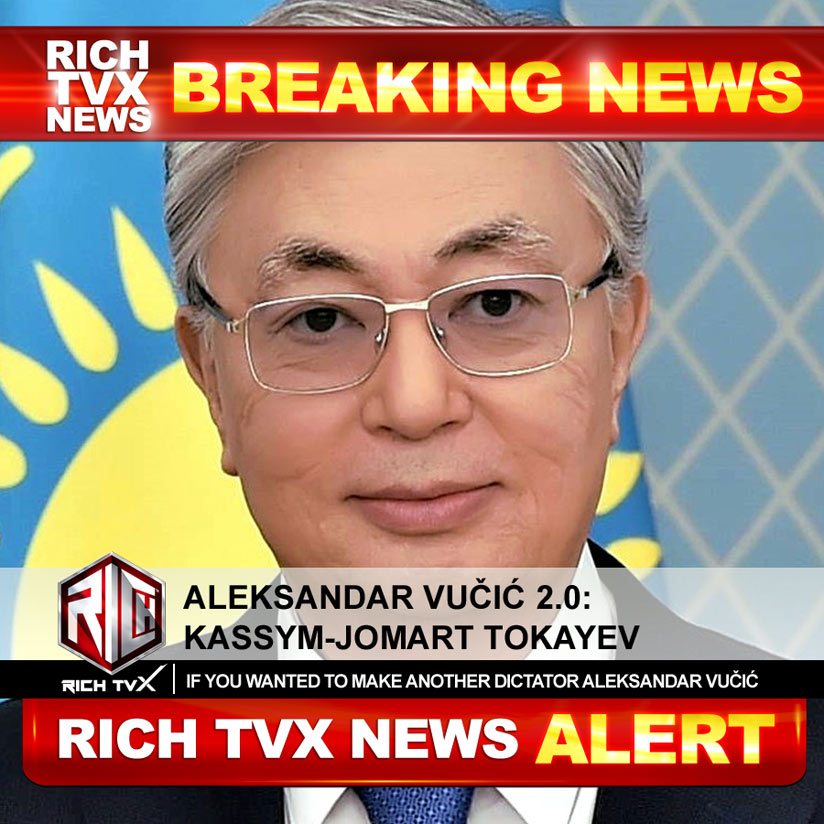 How To Clone A Malicious Dictator

Let’s go back in time. In the 1980s during the Cold War, all the evil communists were bushy eyebrowed Soviets in strange clothing. They were always showing up in Hollywood movies, looking for United States military secrets and speaking in thick Russian accents. The men looked the same as the dictators do today like the Serb dictator Aleksandar Vučić and his clone Kassym-Jomart Tokayev. This type of cloning is the most common form of cloning performed by researchers, and so you have exactly what we had at this point in natural reproduction: an egg cell with 46 chromosomes in its nucleus; a fertilized egg cell which, in a nutrient solution, proceeds to duplicate and divide. When it reaches the 16- or 32-cell stage — this takes up to few days — it can be implanted in the uterus of its ‘mother’; who isn’t its mother at all, biologically speaking. She just supplied an egg cell, and now she’s supplying a proper environment for the embryo’s (dictator´s) growth, but she’s given it nothing of her own genetic endowment. Genes are cloned for scientists to study in a laboratory setting. The (dictator) baby when it’s born, has neither father nor mother, only a donor — the giver of the nucleus — of whom it’s an exact genetic duplicate. Its chromosomes and genes are identical to the donor’s. Instead of a new and unique individual, we have an existing one repeated. Le voilà! Here´s your explanation why the Kazakh dictator Kassym-Jomart Tokayev looks exactly like the Serbian dictator Aleksandar Vučić. 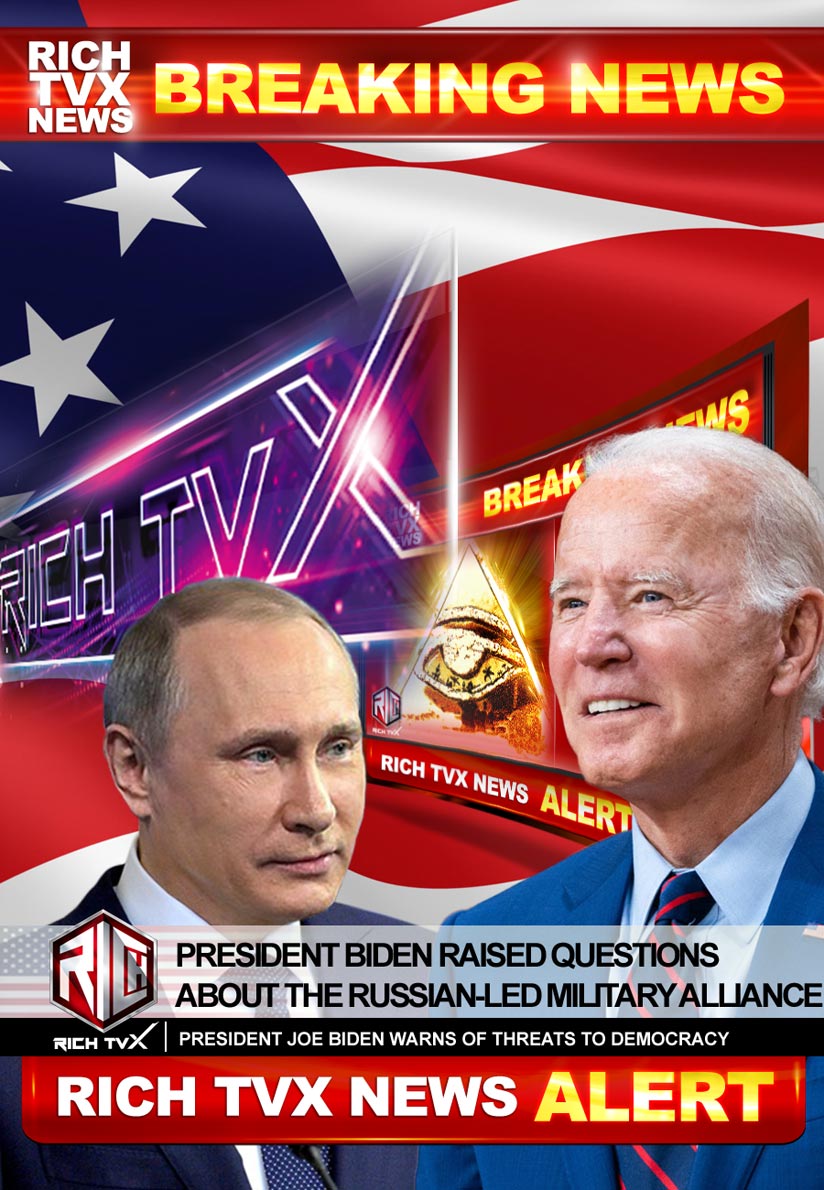 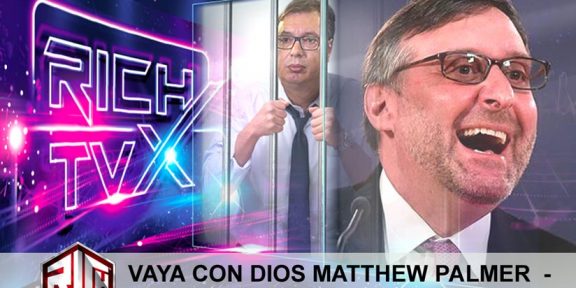 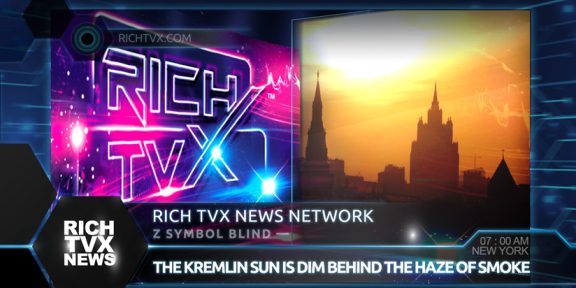 Z Symbol Blind — The Kremlin Sun Is Dim Behind The Haze Of Smoke NEW YORK (RichTVX.com) — The U.S. Congress is actively looking into the matter of Kremlin sympathizers.… 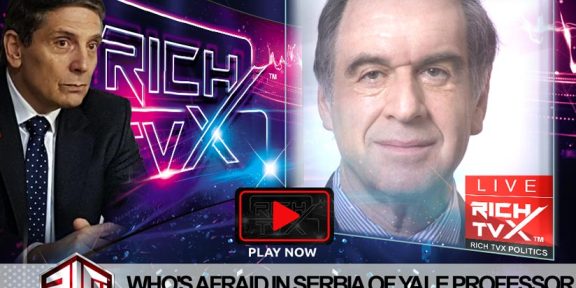 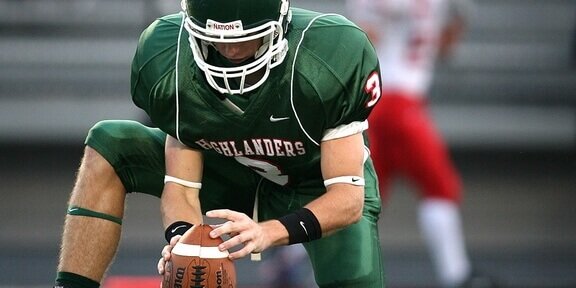 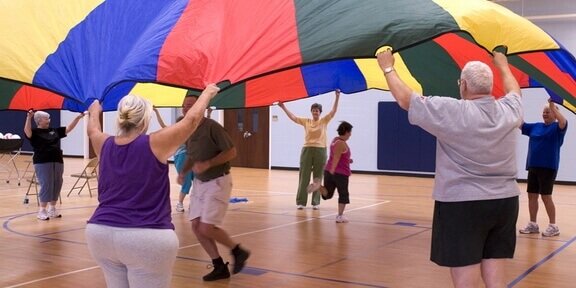 A Health Home is not a building or a place.…