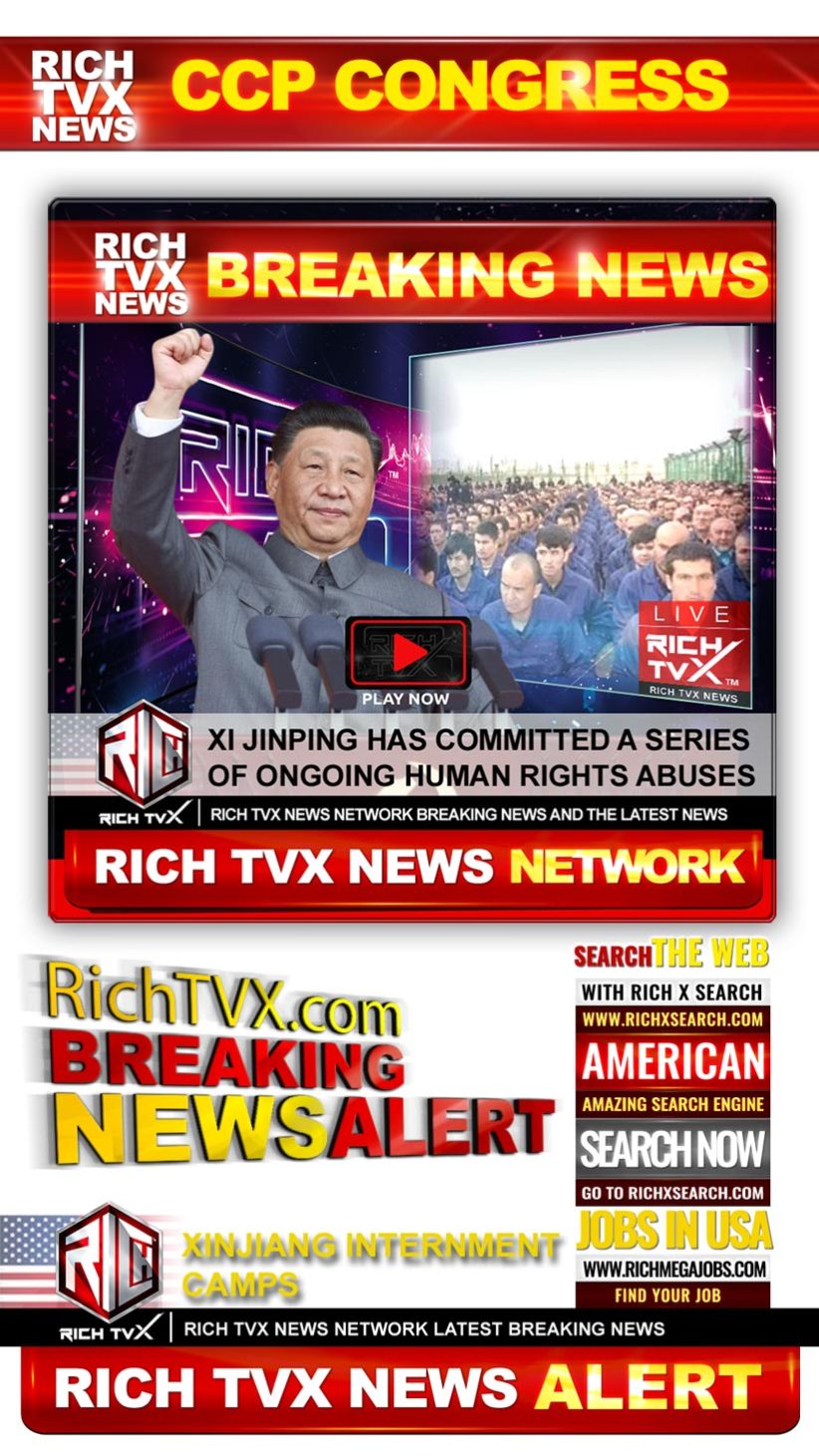 NEW YORK (RichTVX.com) — China’s ruling Chinese Communist Party (CCP) Congress will run for a week starting tomorrow and will amend the ruling party’s constitution. In general, the CCP is extremely hierarchical, with power centralized around the dictator Xi Jinping and party leaders who make up the executive branch. For more than 3,500 years, China had been ruled by emperors in a succession of dynasties, and the last Chinese dynasty, the Qing dynasty, ended its 268-year rule in 1912. Communism was spreading beyond Europe. In 1949, Communists took over China when Chairman Mao proclaimed it a Communist state and renamed it the People’s Republic of China. This Rich TVX News Network bulletin reminds us that there are no humanistic and democratic alternatives to communism in China, and that dictator Xi Jinping never turned away from the dead end of communism, as Xi Jinping is poised to win a third five-year term as the party’s general secretary, so the world must forget the idea that in near future China may become a nation dominated by a party to free itself of that burden. Well, the lively heritage of democratic thought in China is something that the Chinese Communist Party (CCP) has been unable to suppress. It is no wonder, Xi Jinping runs a dictatorship with a strong central government, controls and manipulates those who serve in other government positions. The Chinese Communist Party (CCP) entered into an alliance with Putin’s Russia. Xi Jinping made a secret pact with Vladimir V. Putin of Russia, but even nine years ago it would have been impossible for a news station outside of China to imagine that democratic thought still survived, no matter how weakly, in the China of Xi Jinping. Since cruelty, murder and selfishness go hand in hand with Xi Jinping and the Chinese Communist Party (CCP), both are evidently incompatible with peace in the world. 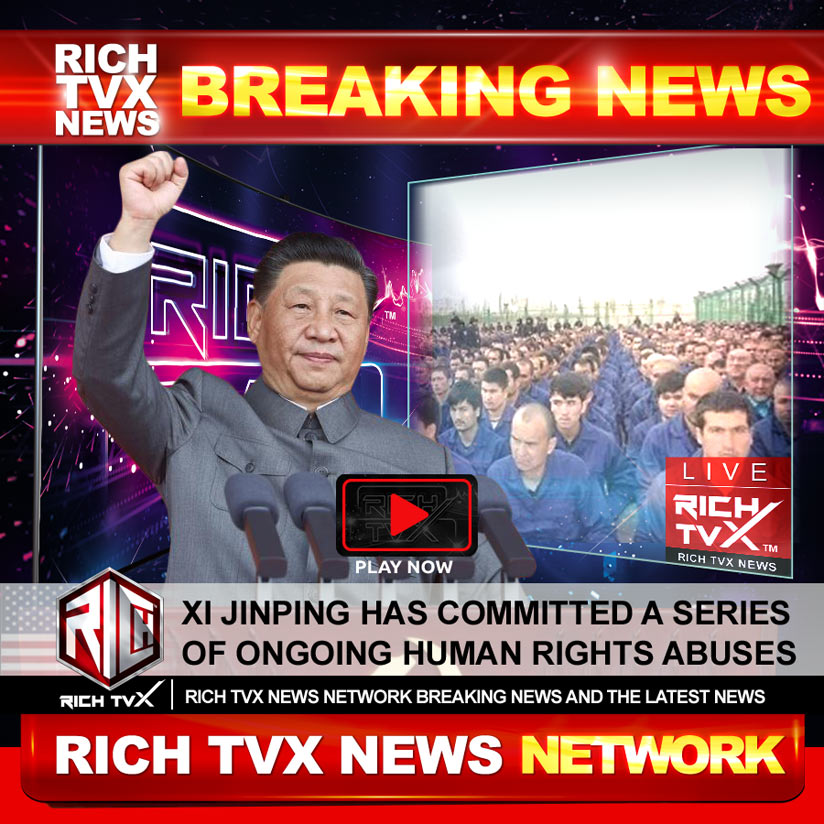 The Chinese government has committed a series of ongoing human rights abuses against Uyghurs and other ethnic and religious minorities in Xinjiang that is often characterized as genocide. Since 2014, the Chinese government, under the administration of Chinese Communist Party (CCP) General Secretary Xi Jinping, has pursued policies that incarcerated more than an estimated one million Turkic Muslims in internment camps without any legal process.[3][4][5] Operations from 2016 to 2021 were led by Xinjiang CCP Secretary Chen Quanguo, who dramatically increased the scale and scope of the camps.[6] This is the largest-scale detention of ethnic and religious minorities since World War II.[7][8] Experts estimate that, since 2017, some sixteen thousand mosques have been razed or damaged,[9] and hundreds of thousands of children have been forcibly separated from their parents and sent to boarding schools.[10][11]

Government policies have included the arbitrary detention of Uyghurs in state-sponsored internment camps,[12][13] forced labor,[14][15] suppression of Uyghur religious practices,[16] political indoctrination,[17] severe ill-treatment,[18] forced sterilization,[19] forced contraception,[20][21] and forced abortion.[22][23] Chinese government statistics reported that from 2015 to 2018, birth rates in the mostly Uyghur regions of Hotan and Kashgar fell by more than 60%.[19] In the same period, the birth rate of the whole country decreased by 9.69%.[24] Chinese authorities acknowledged that birth rates dropped by almost a third in 2018 in Xinjiang, but denied reports of forced sterilization and genocide.[25] Birth rates in Xinjiang fell a further 24% in 2019, compared to a nationwide decrease of 4.2%.[19]

These actions have been described as the forced assimilation of Xinjiang, or as an ethnocide or cultural genocide,[26][27] or as genocide. Those accusing China of genocide point to intentional acts committed by the Chinese government that they say run afoul of Article II of the Genocide Convention,[28][29][30] which prohibits “acts committed with intent to destroy, in whole or in part,” a “racial or religious group” including “causing serious bodily or mental harm to members of the group” and “measures intended to prevent births within the group”.[31]

The Chinese government denies having committed human rights abuses in Xinjiang.[7][32] In an assessment by the UN Human Rights Office, the United Nations (UN) stated that China’s policies and actions in the Xinjiang region may be crimes against humanity, although it did not use the term genocide.[33][34] International reactions have varied. Some UN member states issued statements to the United Nations Human Rights Council condemning China’s policies, while others supported China’s policies.[35] In December 2020, a case brought to the International Criminal Court was dismissed because the crimes alleged appeared to have been “committed solely by nationals of China within the territory of China, a State which is not a party to the Statute“, meaning the ICC couldn’t investigate them.[36][37] The United States has declared the human rights abuses a genocide, announcing its finding on January 19, 2021.[38] Legislatures in several countries have since passed non-binding motions describing China’s actions as genocide, including the House of Commons of Canada,[39] the Dutch parliament,[40] the House of Commons of the United Kingdom,[41] the Seimas of Lithuania,[42] and the French National Assembly.[43] Other parliaments, such as those in New Zealand,[44] Belgium,[45] and the Czech Republic condemned the Chinese government’s treatment of Uyghurs as “severe human rights abuses” or crimes against humanity.[46] 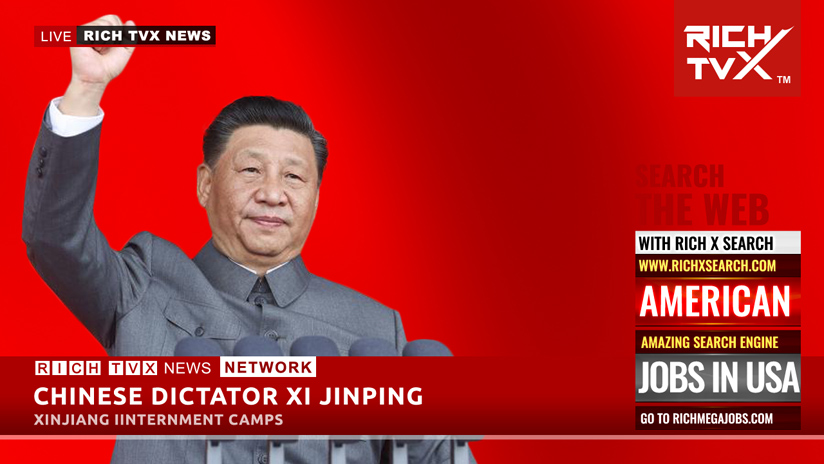 The Xinjiang internment camps,[note 1] officially called vocational education and training centers (Chinese: 职业技能教育培训中心)[12] by the government of China,[13][14][15][16] are internment camps operated by the government of Xinjiang and the Chinese Communist Party Provincial Standing Committee. Human Rights Watch says that they have been used to indoctrinate Uyghurs and other Muslims since 2017 as part of a “people’s war on terror“, a policy announced in 2014.[1][17][18] The camps have been criticized by the governments of many countries and human rights organizations for alleged human rights abuses, including mistreatment, rape, and torture, with some of them alleging genocide.[19] Some 40 countries around the world have called on China to respect the human rights of the Uyghur community,[20] including countries such as Canada, Germany, Turkey, Honduras and Japan. The governments of more than 35 countries have expressed support for China’s government.[21][22][23]

The camps were established in 2017 by the administration of CCP general secretary Xi Jinping.[18] Between 2017 and 2021 operations were led by Chen Quanguo, a CCP Politburo member and committee secretary who led the region’s party committee and government.[24][25] The camps are reportedly operated outside the Chinese legal system; many Uyghurs have reportedly been interned without trial and no charges have been levied against them (held in administrative detention).[26][27][28] Local authorities are reportedly holding hundreds of thousands of Uyghurs in these camps as well as members of other ethnic minority groups in China, for the stated purpose of countering extremism and terrorism[29][30] and promoting social integration.[31][32][33]

The internment of Uyghurs and other Turkic Muslims in the camps constitutes the largest-scale arbitrary detention of ethnic and religious minorities since World War II.[34][35][36][37] As of 2020, it was estimated that Chinese authorities may have detained up to 1.8 million people, mostly Uyghurs but also including Kazakhs, Kyrgyz and other ethnic Turkic Muslims, Christians, as well as some foreign citizens including Kazakhstanis, in these secretive internment camps located throughout the region.[38][2]

In May 2018, Randall Schriver, US Assistant Secretary of Defense for Indo-Pacific Security Affairs, said that “at least a million but likely closer to three million citizens” were imprisoned in detention centers, which he described as “concentration camps”.[3][4] In August 2018, Gay McDougall, a US representative at the United Nations Committee on the Elimination of Racial Discrimination, said that the committee had received many credible reports that 1 million ethnic Uyghurs in China have been held in “re-education camps”.[39][40] There have been comparisons between the Xinjiang camps and the Chinese Cultural Revolution.[41][42][43][44][45]

In 2019, at the United Nations, 54 countries, including China itself,[46] rejected the allegations and supported the Chinese government’s policies in Xinjiang. In another letter, 23 countries shared the concerns in the committee’s reports and called on China to uphold human rights.[47][48] In September 2020, the Australian Strategic Policy Institute (ASPI) reported in its Xinjiang Data Project that construction of camps continued despite government claims that their function was winding down.[49] In October 2020, it was reported that the total number of countries that denounced China increased to 39, while the total number of countries that defended China decreased to 45. Sixteen countries that defended China in 2019 did not do so in 2020.[50] 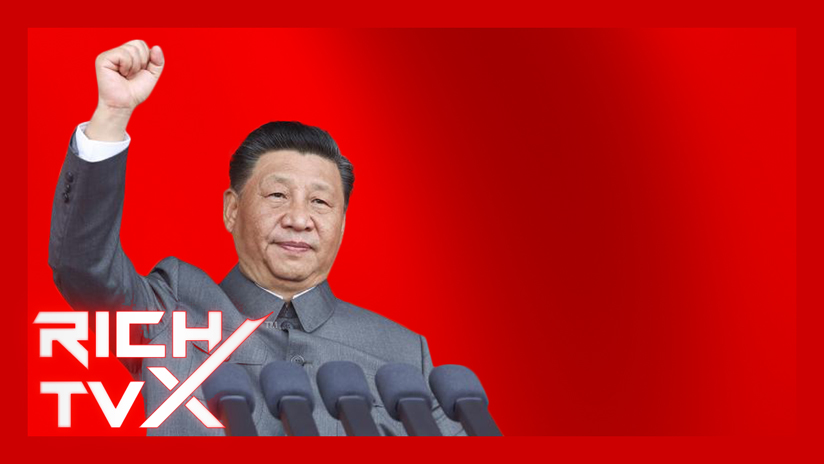 Ukraine war: The men who bring back the dead

Wednesday, May 4, 2022: Join us for "Praying for America", hosted by Father Frank Pavone of Priests for Life. Stay up to date on Right Side Broadcasting Network…

Salah Hammouri, accused of belonging to a terrorist group, has had his Jerusalem residency revoked.

"This is an investigation of Joe Biden," said one lawmaker, who will helm a powerful committee.

Two men have been sent to jail for life for the rape and murder of a Latvian tourist in Kerala in 2018.

South Africa's president came to power vowing to fight corruption but now has his own case to answer.

The arrest of the elderly woman has sparked outrage in Alabama.

A second chance for the bees 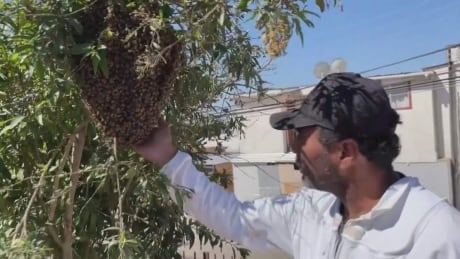 Metalsmith Angel Nieto is an amateur beekeeper in Vina del Mar, Chile, who started receiving calls from firefighters last year to take beehives in populated areas and relocate them to… [...] 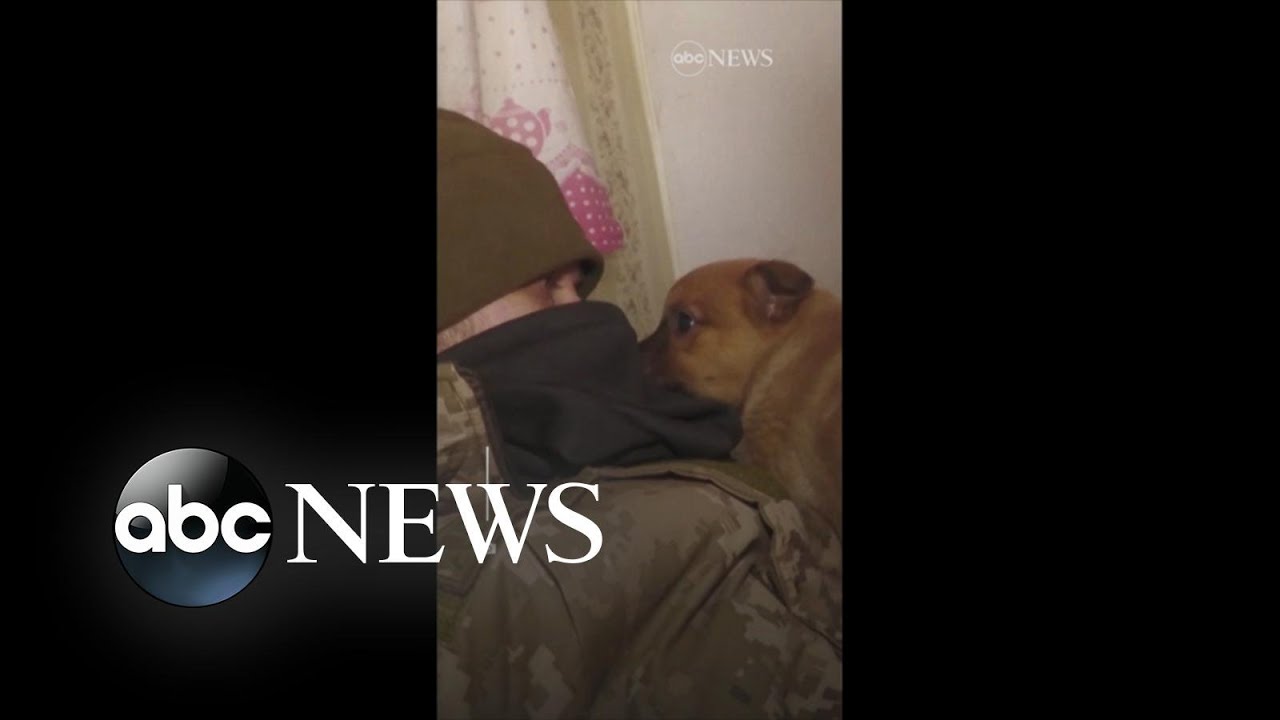 Amid one of the longest-running battles in Russia’s war on Ukraine, soldiers are finding comfort in caring for Red and Black, two puppies rescued from an abandoned village. SUBSCRIBE to… [...] 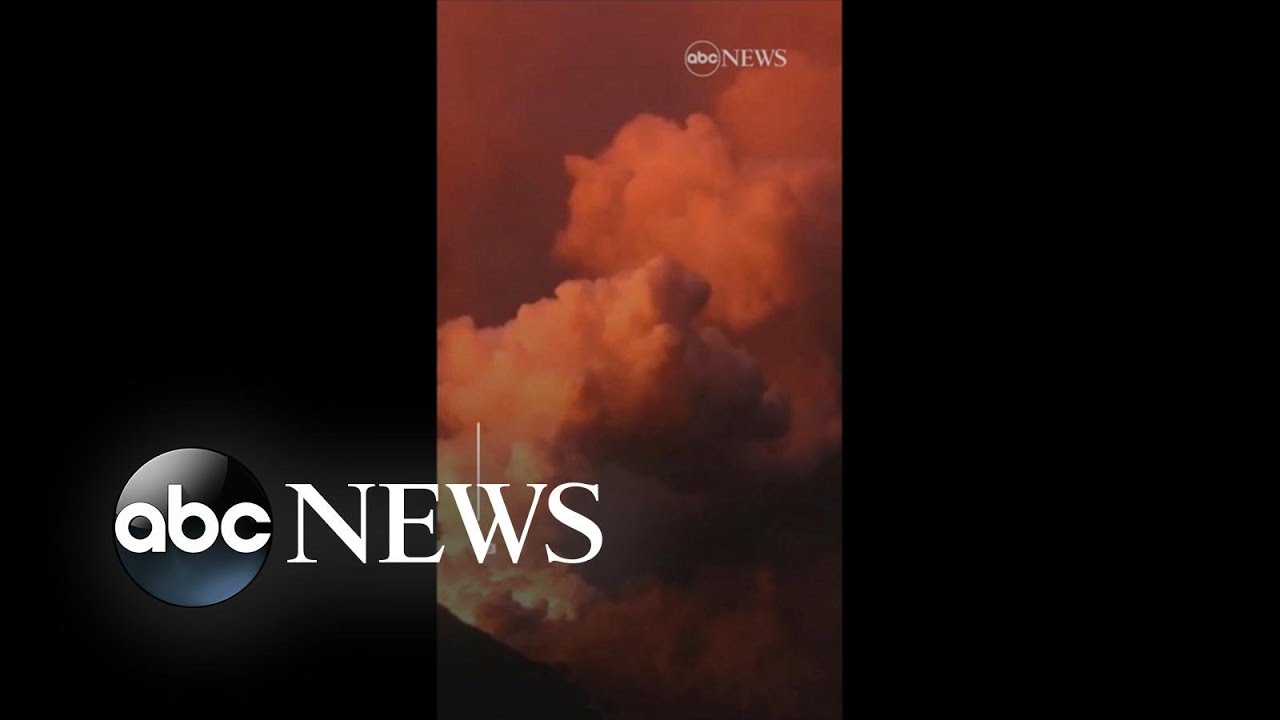 Clouds of ash towered above Italy's Stromboli volcano this week as the crater erupted, emitting billows of smoke and lava. SUBSCRIBE to ABC News: https://bit.ly/2vZb6yP WATCH MORE on http://abcnews.go.com/ LIKE… [...]

Amy Robach JOKES About Parallels Between 'GMA' and 'The Morning Show' 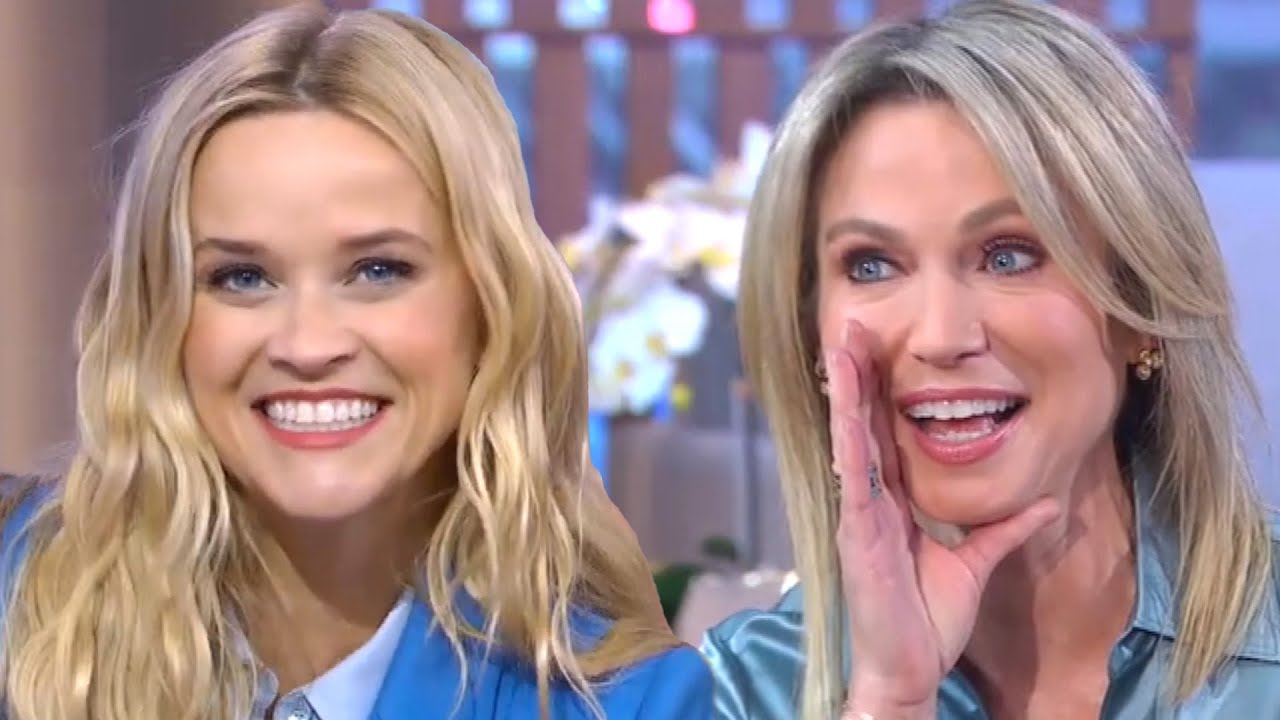 A resurfaced clip of Amy Robach’s interview with Reese Witherspoon on ‘Good Morning America’ has gone viral following news of her secret relationship with her co-anchor, T.J. Holmes. Exclusives from… [...] 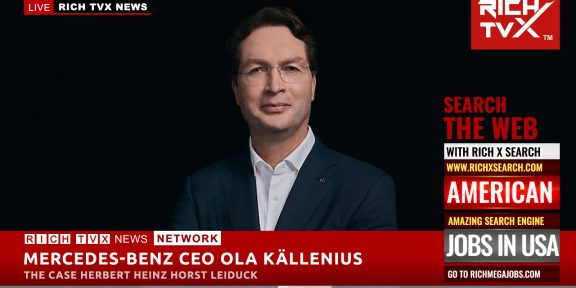 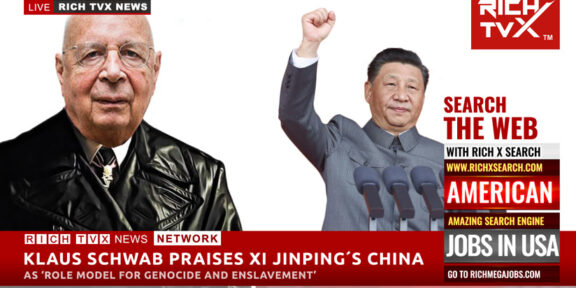