Mohsan Ali had just finished his prayers when the bullets flew past. He can’t explain how he managed to escape the shooter’s barrage but somehow found himself outside and cowering behind Al Noor mosque’s parking lot wall. Then the true panic set in.

“I suddenly realized my pregnant wife was still inside in a separate prayer room,” the 37-year-old tells TIME outside Christchurch’s Hagley Community College, where friends and relatives of New Zealand’s worst ever mass shooting on Friday are receiving care and counseling.

Ali raced around to the other side of the building to find an alternative entrance, but was instead confronted by dead and injured lying in the road. It seemed like an eternity until he finally learned his wife was safe, having hidden in the mosque’s bathroom with three other women. Many others were not so lucky.

The death toll from Friday’s terrorist attack at Christchurch’s Al Noor and Linwood mosques has risen to 50, with 34 more being treated at Christchurch hospital, 11 in critical condition including several children. Many others remain missing.

On Saturday, Australian national Brenton Harrison Tarrant, 28, appeared in court charged with murder. He’s been detained without bail and is next due to appear in court in April. An avowed white supremacist, Tarrant posted a hate-filled 74-page manifesto decrying a “white genocide” and calling for “an atmosphere of fear” targeting Muslims several days before the attack.

Read more: New Zealand Picks Up the Pieces After the Worst Massacre in Its History

The bloody execution of those threats has shattered the calm of this sleepy city of 400,000, the second largest in New Zealand, which is ranked as the world’s second safest country. It was a chilling reminder of how nationalist and right-wing sentiment have become normalized across Western society.

“The rise of white nationalism is a huge threat domestically and internationally, and we’ve failed in tackling it as a problem,” says Wajahat Ali, a prominent Muslim-American journalist and commentator. “The problem is we don’t name it: it’s domestic terrorism, that’s what it is.”

Anne Aly, Australia’s first female Muslim MP, says it’s important to recognize the social context that allows white nationalism to flourish. “It’s almost like [we had] to have a mass attack in order to say, ‘look, see, we told you,’” she says.

The shooter began his rampage at the Al Noor mosque at 1:45 p.m., pausing to reload and even swap assault rifles, before driving across the city to Linwood mosque, where he carried on killing until he was disarmed by a worshipper and fled. The entire episode was live-streamed on Facebook via a helmet-mounted camera.

Ramzan Ali had to hide under bodies in Al Noor to escape the shooter. “He fell over and a couple of other bodies fell on him, and he just lay still in a pool of blood,” Ramzan’s nephew, Farhaad, tells TIME. “The shooter must have thought he was dead. He couldn’t even tell us the story, he was so shaken. One and a half days later and he’s still shivering.”

Speaking to media on Sunday, New Zealand’s Prime Minister Jacinda Ardern responded to growing calls to ban automatic rifles of the type used in the attack, saying “there will be changes to our gun laws.” Tarrant was granted a firearms license from 2017 and owned five guns despite a brazenly xenophobic and threatening social media presence.

Facebook says it removed 1.5 million videos of the attack in the first 24 hours, but along with other social media platforms has faced criticism for not acting quickly enough. Ardern said there will be “further questions to be answered” over the role social media sites had in broadcasting the carnage.

Even those mourning loved ones have had easy access. Mogamat Ajam flew back to Christchurch from Melbourne, Australia, where he now works after spending 12 years in New Zealand, upon learning that his cousin had been shot in the back in Al Noor mosque.

“I have the shooter’s video on my phone and could see all the places where we would normally sit in the mosque,” he says. “My two boys would go every Friday during the school holidays. If we were still living here all the family would have been there.”

Ajam’s 19-year-old daughter was actually en route to the mosque when the attack began, but was serendipitously delayed at a mechanic’s shop while getting her car serviced. Those five minutes likely saved her life. “I’m just scared to death now,” she says.

Hairdresser Anwar Alisaisy, 53, was listening to the Linwood mosque’s Imam give the lesson when he heard shots outside. “We thought maybe it was a gang or the police were chasing someone,” he tells TIME. “So we just keep praying but the shooting kept getting closer.”

Suddenly a man entered the prayer room wearing a flak jacket and military fatigues, and ordered everyone to lie on the ground. Then he opened fire on the helplessly prone crowd.

“He was standing by the doorway shooting and I fled to the backroom,” says Alisaisy, who moved to Christchurch from Iranian Kurdistan 17 years ago. “Children were crying, women yelling, and we could hear him keeping on shooting.”

Several worshippers in Linwood attempted to tackle the gunman. First, Pakistan-born Naeem Rashid, 50, was shot while confronting the assailant. Then another worshipper, Adul Asis, instinctively picked up the nearest object, a credit card machine, and hurled it at the gunman, causing him to drop his rifle in the melee. Asis then picked that up, too, and threw it at the attacker’s car has he attempted to retrieve another weapon, smashing the vehicle’s window. The shooter was then apprehended by police while speeding from the scene.

Faye Fraser, 77, who moved to New Zealand from Winnipeg in Canada in 1974, was intending to walk past the Linwood mosque at the time of the attack but luckily stopped by her home to change clothes. “It was better that he was an outsider and not one of us,” she says.

Expressions of solidarity for the victims have come in from across New Zealand society and overseas. Christian, Hindu, Buddhist and Sikhs offered food and support for survivors and victims’ families. Even the feared Black Power gang appeared outside the Linwood mosque, all face tattoos and motorcycle patch jackets, to perform a traditional Maori “haka” war dance in tribute to the fallen.

For Ajam, a native of Cape Town who grew up in Apartheid-era South Africa, the attempted fomenting of a race war in multiethnic New Zealand is all the more disturbing. “This is happening everywhere in the world but you don’t expect it in New Zealand, because it’s so isolated, and people are very friendly,” he says. “New Zealand will be stronger because of this.”

Not everyone is so sure. “I just came here because I thought it’s the safest place in the world,” says Ali, who gave up his career as a high court lawyer in Lahore, Pakistan, to work in a Christchurch gas station. “I lived in London three years and saw lots of robberies. So I chose this country because it’s safe for my kids and family. But now I think we’re not safe. I will talk to my wife about going back.” This study sends a powerful public health message: that a complete lack of exercise is associated with the greater likelihood of developing a serious disease...…

UPDATE: Supreme's legal counsel has contacted HYPEBEAST to help clarify some aspects of the alleged Shanghai store opening. The counsel states that the "counterfeit…

'I got dressed in 60 seconds, my shoelaces were untied' – McGill wins despite oversleeping Earth – Why cheap green energy could derail the renewable revolution Words such as “cheap,” “affordable,” “bargain” and “budget” are often slapped…

The superstar running back sat out the entire 2018 season in a salary dispute with Pittsburgh. He immediately becomes the centerpiece of the Jets offense. 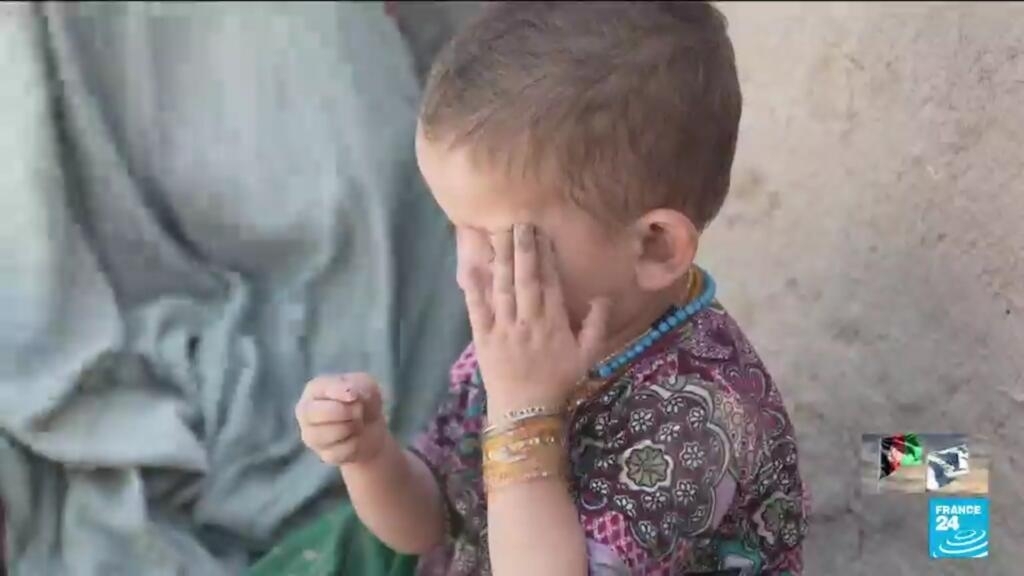 August 15 marks one year since the Taliban seized power in Afghanistan. Since then the economy has spiralled into decline and families are increasingly resorting to selling young girls into forced… [...] 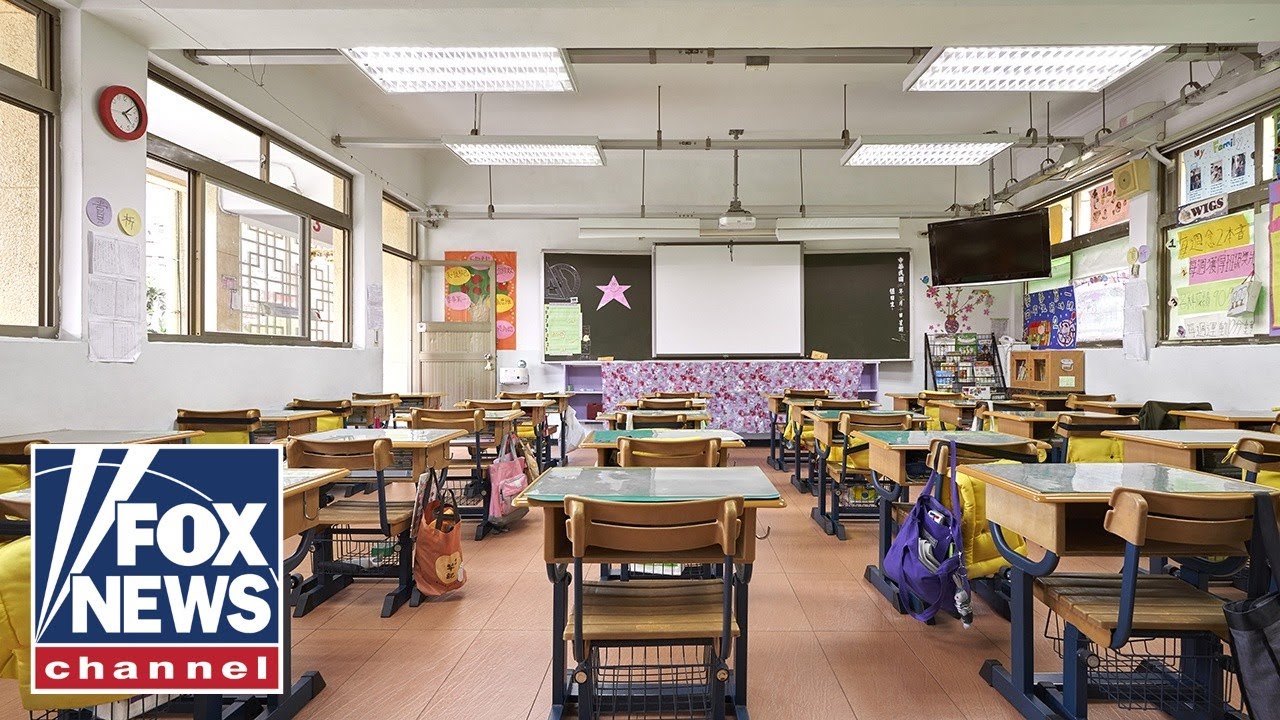 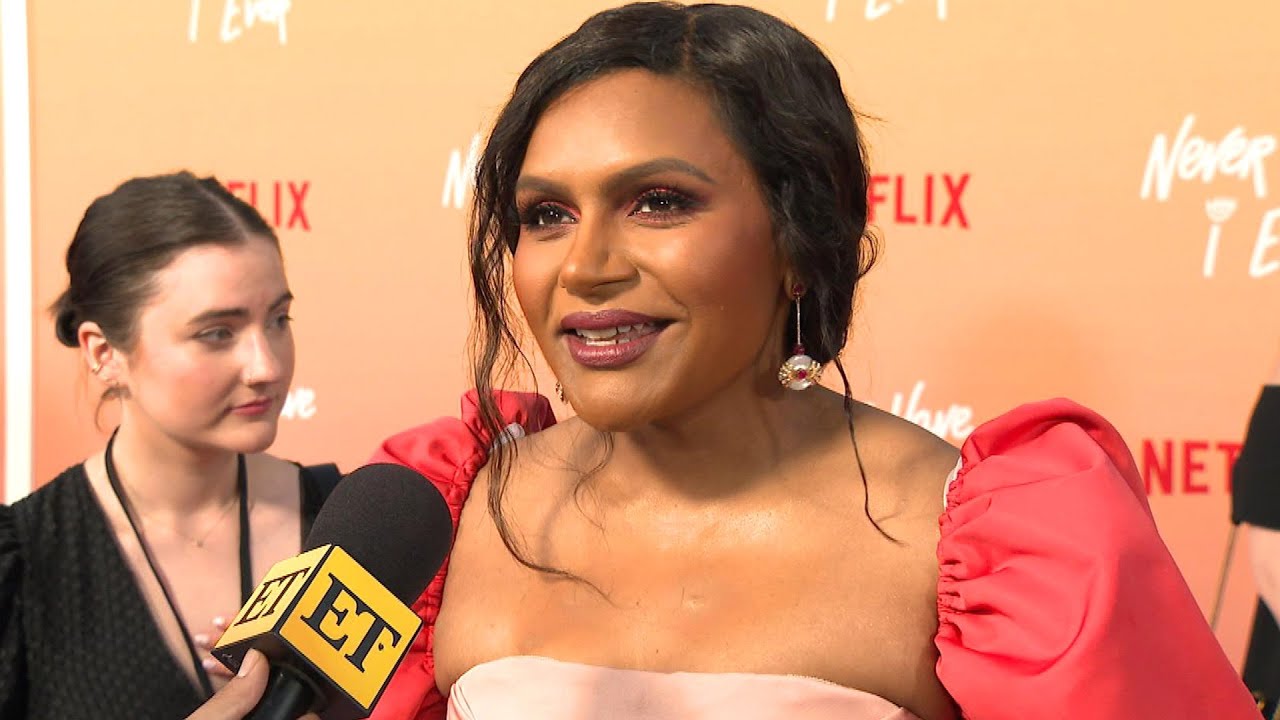 US man shoots himself after crashing into Capitol barricade, firing shots into the air 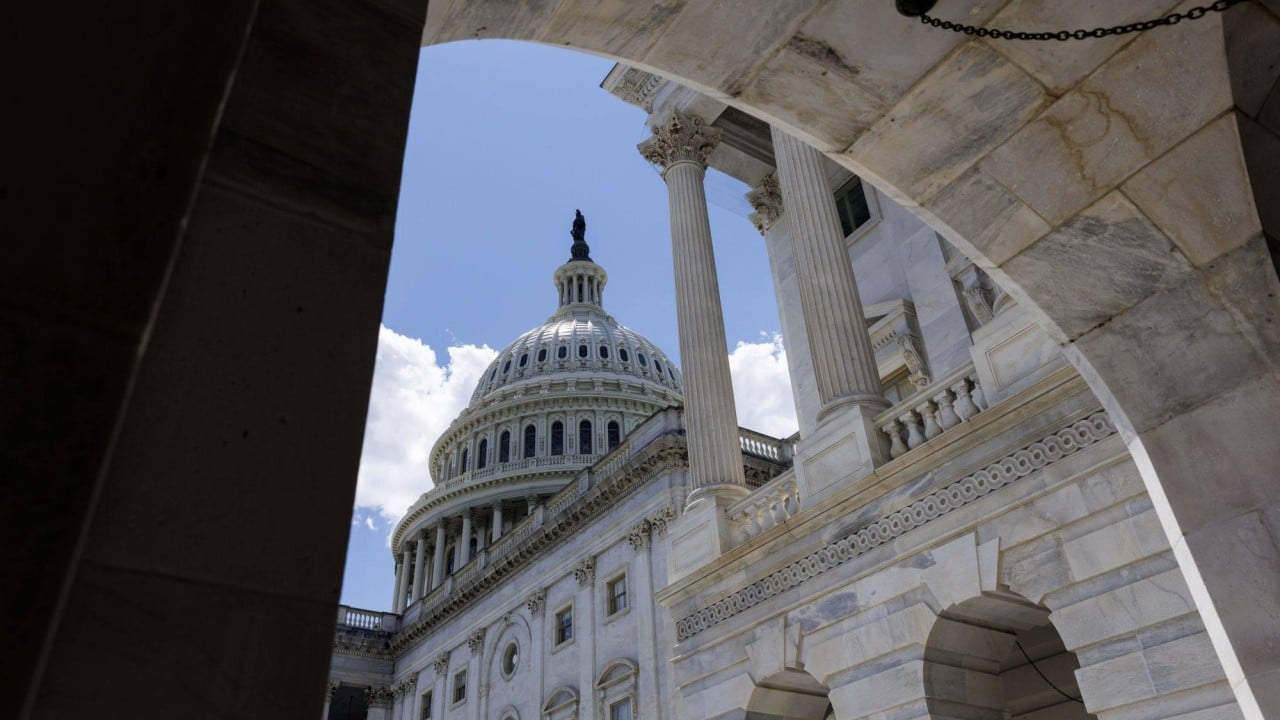 Police said ‘it does not appear the man was targeting any member of Congress’ as they work to discern a motive. [...] 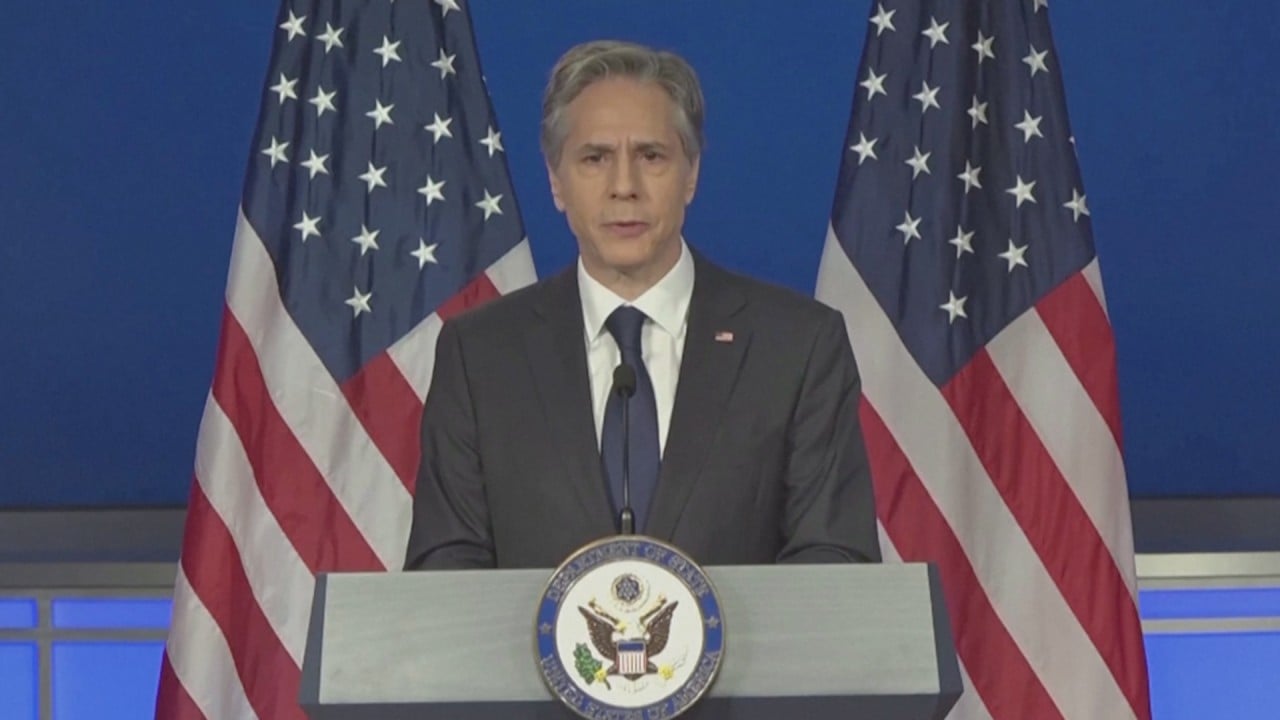