These are the people that continue to inspire and empower us

Even Bosnia and Herzegovina agreed joining the NATO 10 years ago, Milorad Dodik’s Alliance of Independent Social Democrats party (SNSD) changed its mind in recent years and refused to let Bosnia and Herzegovina make any step toward NATO membership. Eric George Nelson`s pressure brought Republika Srpska´s Dictator Milorad Dodik back to the negotiating table. A great success for the Ambassador and the entire team of the U.S. Embassy in Sarajevo.

The three members of Bosnia’s Presidency said few days ago, that they finally agreed on the appointment of the new Chairman of the Council of Ministers. At the same day, they agreed that Bosnia will send a ‘Programme of Reforms’ to NATO, as the ANP was at the centre of the deadlock in Bosnia & Herzegovina for the past year. Eric George Nelson, “a true giant of American foreign policy”, made the impossible possible. Bosnia & Herzegovina was supposed to send the files to the NATO headquarters in Brussels, which would activate the country’s Membership Action Plan (MAP) for NATO.

President Trump plans a cleansing (of crime) never seen in the history in the Balkans before, among others arrest of Milorad Dodik expected. The Dictator of the Republika Srpska Milorad Dodik has “enslaved the entire nation”, and the case David Dragičević “among the worst crimes in modern history.” The Milorad Dodik regime has “simply stripped human life of any value.” After the problem cases North Macedonia, Kosovo are solved, the United States of America will solve the problem of Bosnia & Herzegovina. The country needs men like Eric George Nelson. 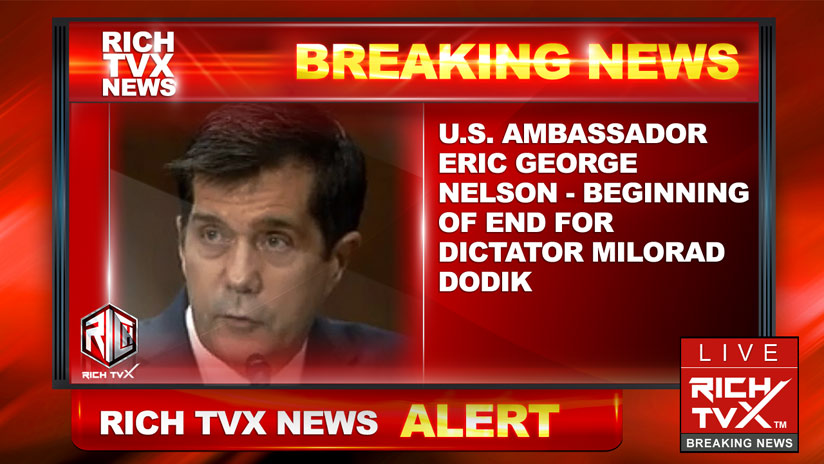 NEW YORK (RichTVX.com) – Eric George Nelson, the U.S. Ambassador to Bosnia and Herzegovina is the last hope for the oppressed people of Republika Srpska, and the family of the murdered David Dragičević to finally find justice. We are proud and honored to award Eric George Nelson with the title Person of the Year for 2019.

We would like to express our thanks and appreciation to the United States Ambassador to Bosnia and Herzegovina, His Excellency Eric George Nelson, on the support for Pravda Za Davida. 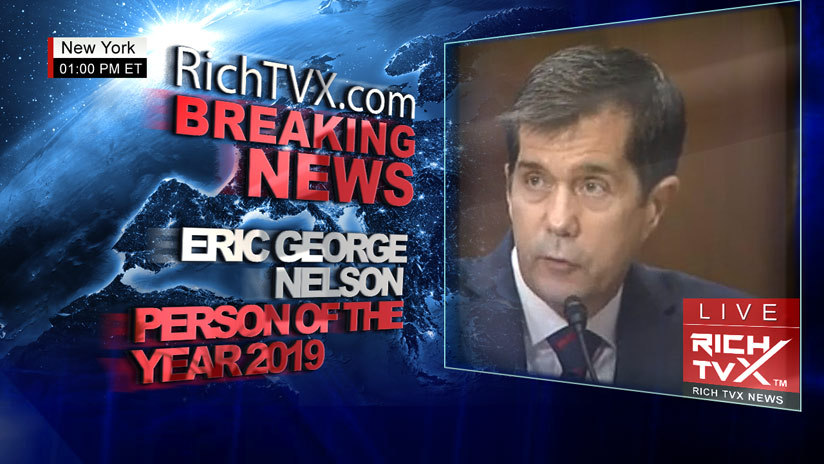 These are the people that continue to inspire and empower us

Aladza Should Serve As A Monument To Resilience Eric George Nelson

Dissatisfied with official explanations of the Milorad Dodik regime that his son David Dragičević had been a drug addict and a thief, and had killed himself or been murdered by a criminal gang, David´s father Davor Dragičević started a one-man protest movement that has grown into the largest antigovernment demonstration in Bosnia and Herzegovina in decades, and the strongest political force in the Balkans. “I have a lot of evidence that the Police of Banja Luka are responsible,” Davor Dragičević said. “They kidnapped my son David. They tortured him; they raped him; they killed him.

Travel in the Republika Srpska under the criminal Milorad Dodik regime can be dangerous. People are arrested on the streets, totally beaten up, for nothing. Swedish tourists describe a reign of terror in Banja Luka by the police, systematically driving out people through intimidation that includes beatings, as seen in the video.

More on next page

After Hours catches up with Rep. Ron Estes – the congressman representing Kansas’ 4th district – to discuss his experience...