NEW YORK (RichTVX.com) – This is not dystopian action thriller science fiction-adventure film. This is no fantasy – No, dear viewers. This is Serbia under Tyrant Vučić.Human beings are hunted down like animals by Vučić´s terror squads.

Tyrant Aleksandar Vučić brought terror to the streets of Belgrade. 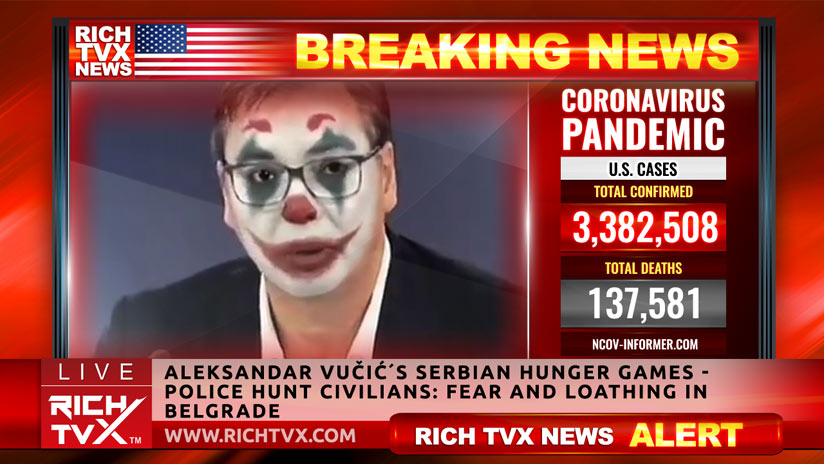