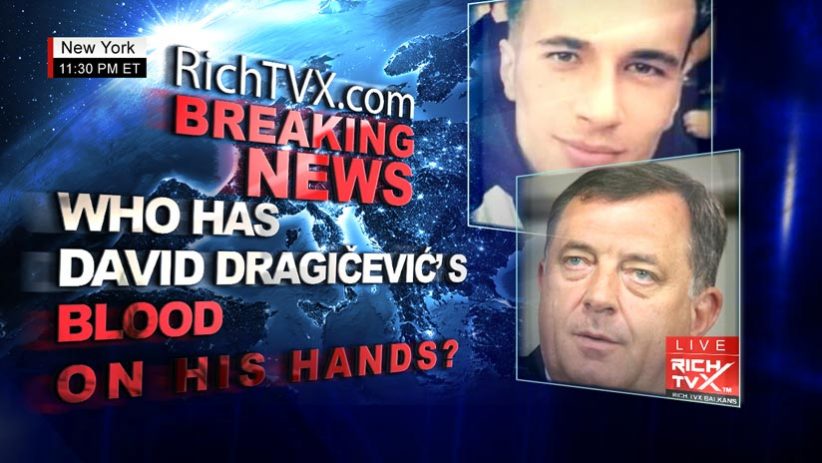 According to a famous saying in Republika Srpska, the earth has sworn to heaven that all secrets will be revealed. In politics on the Balkans, coalitions are made and abandoned, except those who are build on death and blood, as blood brotherhood is a life guard for the perpetrators, because the links of the crimes are eternal. Bill Clinton’s “quiet war” on Serbian people set the stage for Dictator Milorad Dodik, who came to power by the backing of Bill Clinton and his enchanting wife Hillary Diane Rodham Clinton in 1998.

Now that the Clinton´s have lost power, the country’s vicious Dictator, Milorad Dodik, and his handlers in Russia and Serbia have started a new round of carnage on the people in Republika Srpska, but those who continue to appease Dictator Milorad Dodik also have blood on their hands, same as the Insanely Gruesome Autopsy Photos of the dead David Dragičević show a terrified young man´s face and bodycovered in blood. In fact, all signs show that the Dodik regime is in panic mode, and this is the political atmosphere the regime has created in the run-up to the October 7 elections in Republika Srpska.

The young David Dragičević was declared missing on March 18, and his body was found six days later in the Crkvena river in Banja Luka. His family is convinced that David Dragičević was brutally murdered. The struggle of David’s family to find out the truth about his murder has been going on since March, as his family, friends, acquaintances and citizens of Banja Luka have been gathering on the square of Krajina as the Pravda Za Davida movement, and they demand the truth to be revealed about his murder. The David Dragičević case must be used to build a legal case to try Mr. Dodik for crimes. The same should be done for his Russian and Serbian handlers, who help keep Mr. Dodik in power. The United Nations called what is going on in Banja Luka a “monstrous campaign of annihilation.” Dictator Milorad Dodik must be reflecting on the fate of Slobodan Milošević who has been overthrown. The capture of Slobodan Milošević was followed by a trial of the International Court of Justice in the Hague, as that´s the right legal way, as Dictator´s like Milorad Dodik responsible for crimes against his own people must be brought to justice.

In the past months, the authorities in Banja Luka have engaged in an unparalleled effort to ensure that support for Pravda Za Davida movement does not translate into an electoral victory for the opposition. The stakes could not be higher for Dictator Milorad Dodik, who is desperate to stay in power, because the survival of him and his criminal regime is at stake, therefore the west has a duty to intervene in Republika Srpska and to stop another election fraud.

NEW YORK / BANJA LUKA (RichTVX.com) – The Republika Srpska elections are not taking place in an atmosphere of free choice: the Dodik regime has carried out a dirty pre-election campaign of intimidation and violence against the Pravda Za Davida movement members and their supporters, and through a brutal abuse of state media it seeks to prevent the people of Republika Srpska from making an informed judgment about the contestants, including numerous indications that the elections in Republika Srpska will not be fair or free. 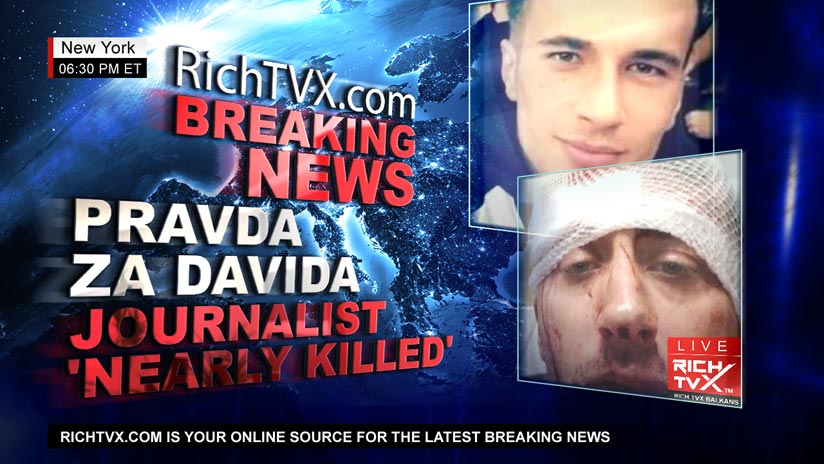 The Dictator Milorad Dodik and his criminal regime has also detained, harassed, and beaten Pravda Za Davida members and their supporters like in case of TV journalist Vladimir Kovacevic who was beaten and has sought medical assistance for his head wounds – the attack is conducted as a murder attempt by the police. It looks like the dictator Milorad Dodik is prepared to incite violence so that he can continue his stranglehold on power in Republika Srpska.  Several Pravda za Davida supporters were injured in two different incidents, and even when german ARD (A joint organisation of Germany’s regional public-service broadcasters), was in Banja Luka to report about the Pravda Za Davida case, it was followed on every step by the state police.

“As the Pravda Za Davida, we are confident that the collapsing Dodik regime can never stop an idea whose time has arrived. Same time you have to wonder what is going through the head of Milorad Dodik as people´s opinion is lining up against him. If he had only recognized the needs of his people instead of turning his criminal gang against them.” says Zoka G. from Banja Luka with an enigmatic smile on his face. 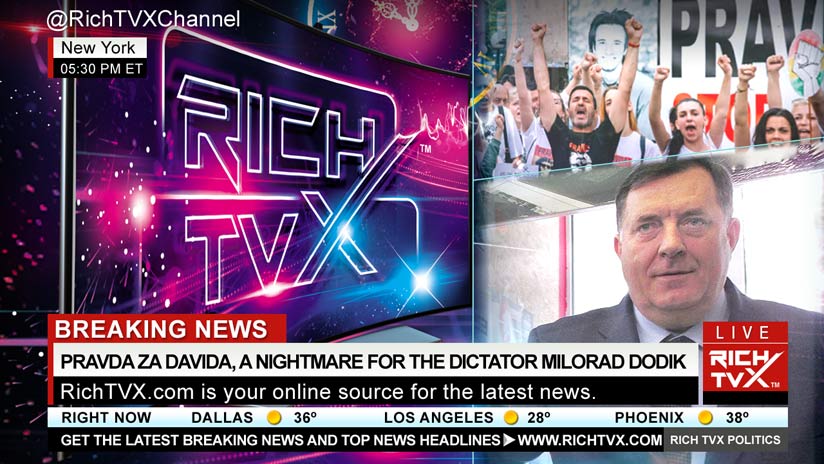 Even more shameful for the Serbian people in general, is the fact that leading journalists in Serbia like Milomir Marić (Author of the book Children of Communism), Miroslav Lazanski, Teša Tešanović etc., have not stood up against the regime in Republika Srpska, at least to find out the truth in the case of David Dragičević. The only person showing courage was Serbian pop star Jelena Karleuša. The journalist and military analyst Miroslav Lazanski had some really bad words to say about Pravda Za Davida. As a hardliner of the old school Miroslav Lazanski suspects conspiracy everywhere.

In Croatia it is not better, as even croatian politician and anti-eviction activist Ivan Pernar, has shown not much interest in the Pravda Za Davida case, and Ivan Pernar is usually the first person who stands up the moment he senses touch of injustice. All this shows how much the overall system on the Balkans has been infiltrated.

It seems that the days of the investigative journalists on the Balkans, who changed something, are over!

Homes have been flooded in Pontypridd, four train lines are blocked and bus services are delayed.

North Korea's leader stood hand-in-hand with the girl during a ballistic missile test on Friday.

Activists form human chains and take to treehouses in the village being swallowed by a coal mine.

Zelensky in Washington: Ukraine's leader heads to US for first foreign trip

Washington says it will supply Ukraine with a Patriot missile system and a further $2bn in aid.

Chris Dawson is sentenced for killing his wife Lynette Dawson, who disappeared in Sydney in 1982.

What does Andrew Tate promise his followers?

The controversial influencer has been detained in Romania as part of a human trafficking and rape investigation.

Friends from Oman who turn CO2 into rock and a UK firm making packaging from seaweed are among the winners.