NEW YORK (RichTVX.com) – Show trials are often associated with totalitarian ideologies and regimes – such as that of Aleksandar Vučić. Vučić terrorizes Serbia and (he is) ready to eliminate all opposition in Serbia. During his current Great Terror in Serbia, which includes show trials.Vučić To Hold A Public Show Trial For regime critic Damnjan Knežević. 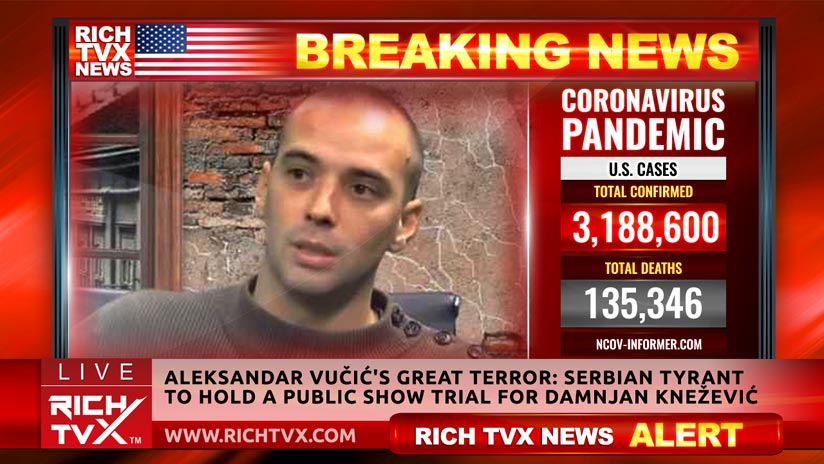 Serbia is a landlocked country situated at the crossroads of Central and Southeast Europe in the southern Pannonian Plain and the central Balkans. It borders Hungary to the north, Romania to the northeast, Bulgaria to the southeast, North Macedonia to the south, Croatia and Bosnia and Herzegovina to the west, and Montenegro to the southwest. The country claims a border with Albania through the disputed territory of Kosovo.[a] Serbia’s population numbers approximately seven million without Kosovo or 8.8 million if the territory is included. Its capital, Belgrade, ranks among the largest and oldest citiеs in southeastern Europe.