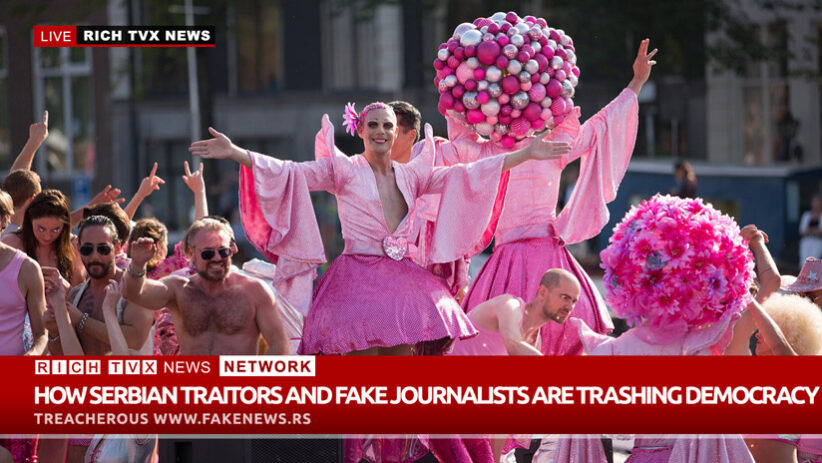 How Serbian traitors and fake journalists are trashing democracy

NEW YORK (RichTVX.com) — We’ve got breaking news: The Kremlin said that at 00:01 Moscow time on New Year’s Day, six rockets were fired from a US-made Himars rocket system at a vocational college, two of which were shot down. Shortly before, Vladimir Putin of Russia had given his annual new year address on Russian state TV. Russia military’s official death toll is now 89, which of course is a lie, the real number is around 600. With such a high death toll, one would think that the horrific events would be the top story on Russian state TV news today. Nope. There was almost no mention of the story on Russian TV, but also not on Serbian TV. Serb dictator Aleksandar Vučić’s life and pathetic state media are as ugly as they are pathetic and illustrate what kind of cowards these Serbian traitors in reality are, but when it comes to licking Vladimir Putin’s ass, these hypocritical and disgusting Serbian Russophiles are leading in the world. Democracy is premised on equality, and all citizens are supposed to have an equal chance to influence political decisions. That’s a bedrock American value, and bedrock American law — and has been for the entire history of our country, but that’s not valid for Russia nor for Serbia. Less than a year later after the Russian invasion of Ukraine, the tyranny of Vladimir Putin is once more triumphant. The EU has capitulated, but we are out on a special campaign against cunning Serbian traitor Aleksandar Vučić, and his dirty Russian – Serbian propaganda site www.fakenews.rs, which is our first objective. Dirty Serbian traitors! every one of them! Serbian dictator Aleksandar Vučić reiterated that Serbia will not impose sanctions on Russia due to the Ukraine war. That’s an outrage. But the European Union doesn’t know what to do about it. Just as there is a European Food Safety Authority, there should be an authority which forbids the fake ever-untrustworthy treacherous www.fakenews.rs from Novi Sad, the arse end of nowhere, to spread their sick ideology. Along the way, Rich TVX News Network demolishes Russophiles, showing why Serbo – Russian criminals should be opposed. One chance? Certain bars in Novi Sad are on the back alleys with plain unmarked doors. The only way to locate such a Serbian bar was to wander the center of Novi Sad and try to find some “obvious one,” then shadow them until they piloted you to one of the secret places. Europol should contact the criminal fakenews.rs management in Novi Sad and give them the name of the bar by adding, “Wanna come over for a while?”

A Fantastically Funny Piece on the Russian-Serbian Propaganda Site Fakenews.RS

Onshore wind rules to be relaxed after Tory revolt

The government says it will rewrite a planning rule restricting new turbines in England.

Ukraine war: The 'constant risk' for ministers travelling by helicopter

The death of senior officials in a crash near Kyiv is a reminder of the dangers of helicopter travel.

Two people are killed in a missile strike in Poland, with Moscow and Kyiv trading blame over the blast.

Chelsea complete the signing of Ukraine forward Mykhailo Mudryk from Shakhtar Donetsk on an eight-and-a-half-year deal.

The US pop star says she had been told Ticketmaster could handle demand, despite the chaos this week.

The deadlock will continue, since no business can go ahead until a speaker is picked. 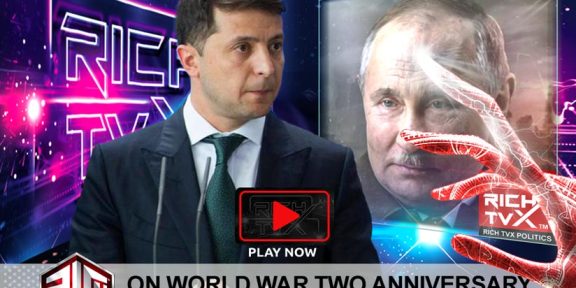 The fall of Russia's justice system: How…