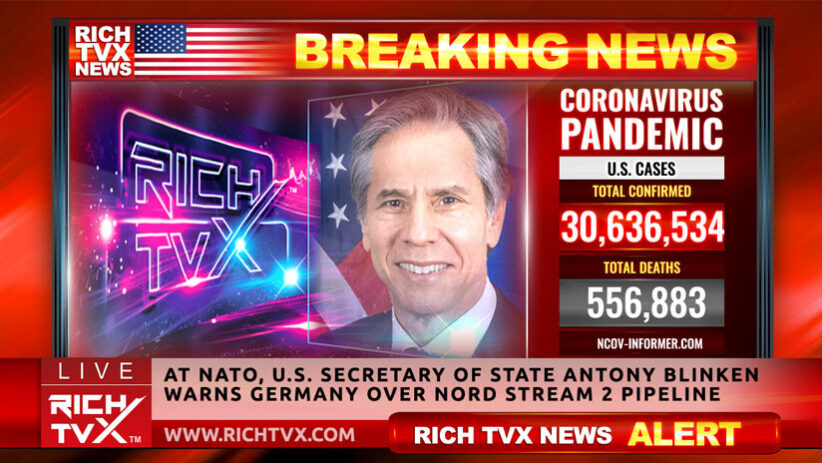 NEW YORK (RichTVX.com) – This Rich TVX News Network Nord Stream 2 article with the full support of the U.S. Intelligence Community, and the Pentagon, is about the international security concerns and domestic political economy, and the interests and principles behind U.S. foreign policy that is emerging, as the new Cold War President, Joe Biden is suddenly waging a bitter confrontation with America’s foe in the last Cold War. History shows this won’t end well. Joe Biden’s foreign policy towards Russia shifted from democratization and engagement, to deterrence and isolation, but the indigenous impulses that lie behind the making of the new American foreign policy, including the arising crises, and the frantic diplomatic maneuvering—out of which the new Cold War is actually developing. The U.S. Government imposed a series of new measures against Russian Government officials and entities in response to the alleged poisoning and subsequent imprisonment of Russian opposition leader Aleksey Navalny. Specifically, the U.S. State Department imposed a number of financial sanctions and export restrictions on the Russian Federation; the Office of Foreign Assets Control within the U.S. Treasury Department designated seven Russian officials to the List of Specially Designated Nationals and Blocked Persons; the Bureau of Industry and Security within the U.S. Commerce Department added 14 entities to the Entity List. The conventional wisdom on Joe Biden is that domestic politics is guiding his foreign policy. Russian President Vladimir Putin has hit immediately back after Joe Biden said in an interview that he considered him to be a “killer”. Both Biden and Putin reflect their respective politico-diplomatic traditions in a rather extreme form. Joe Biden is responsible for the detached character of United States-Russian diplomacy, to be fair, it was Biden who started first. Almost the only thing the two Presidents have in common is a history of deep ideological suspicion. After Boris Yeltsin appointed Vladimir Putin Prime Minister, he pledged to create a powerful state at home capable of projecting Russia`s influence abroad. The states resurrection what became known as the Power Vertical, but since Vladimir Putin came to power the primary task of Russian diplomacy had been to break up the various hostile combinations set against Putin by international reaction. Putin’s Nord Stream 2 aims are concrete and logical. Putin’s diplomacy moved methodically through three overlapping but distinct stages that reflect the growth of Russian power, and he was largely successful, even the Russian foreign policy is difficult to interpret.

NATO Is Based On Consensus Among The Members 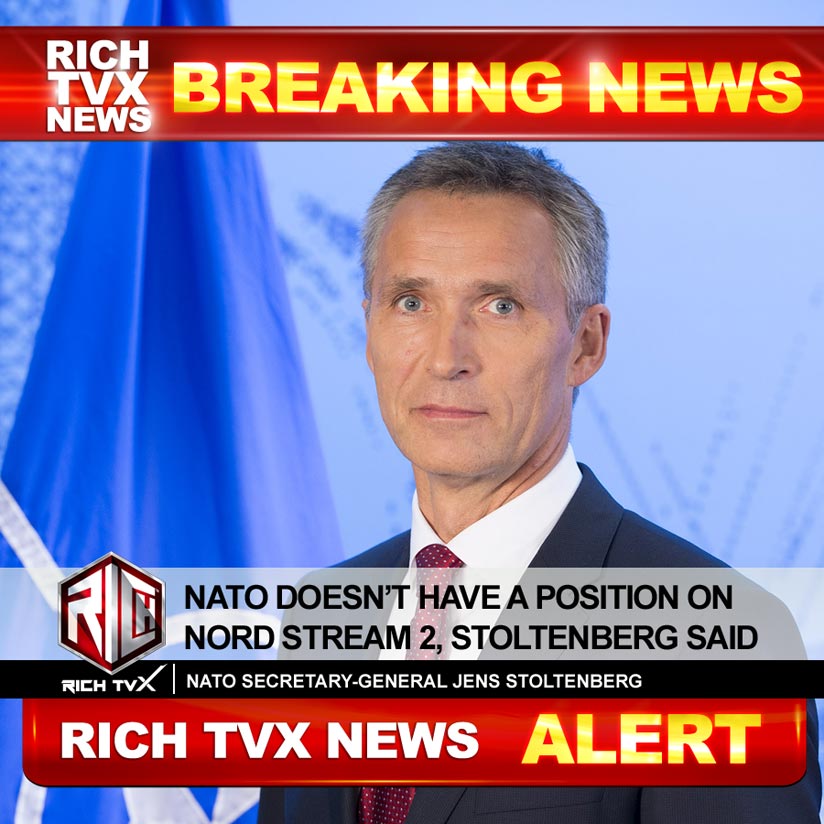 In the future Serbia will base its energy sources on the help and instructions that will be received from the USA. Nikola Sandulović – President of the Republican party in Serbia. 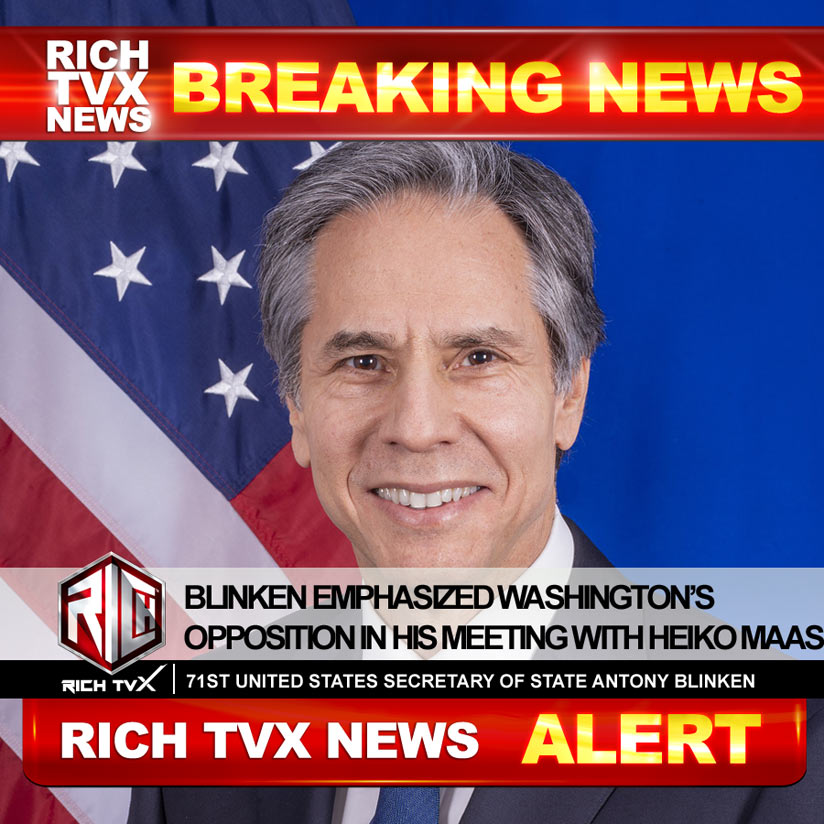 As President Joe Biden Has Said, Nord Stream 2 Is A Bad Deal

Sassnitz is a small German town on the Jasmund peninsula, Rügen Island, in the state of Mecklenburg-Vorpommern, Germany. Sassnitz is a well-known seaside resort and port town, and is a gateway to the nearby Jasmund National Park with its unique chalk cliffs, but Sassnitz is grappling with a major geopolitical conflict. The two ports there are the logistical base for the Nord Stream 2 pipeline projects, designed to bring Russian natural gas to Europe. The Nord Stream 2 natural gas pipeline will double Russia’s direct export capacity to Germany as a first entry point to the EU to 110 billion cubic metres (bcm) per year. Nord Stream 2, along with the existing Nord Stream 1 pipeline, bypasses Ukraine and the Baltic states as transit states. US sanctions forced key pipelaying vessels to stop working on the project. U.S. Secretary of State Antony Blinken said the Nord Stream 2 pipeline being built from Russia to Germany ran counter to the European Union’s own interests and could undermine Ukraine. Antony Blinken is an American government official and diplomat serving as the 71st United States secretary of state since January 26, 2021. He previously served as deputy national security advisor and deputy secretary of state under President Barack Obama. 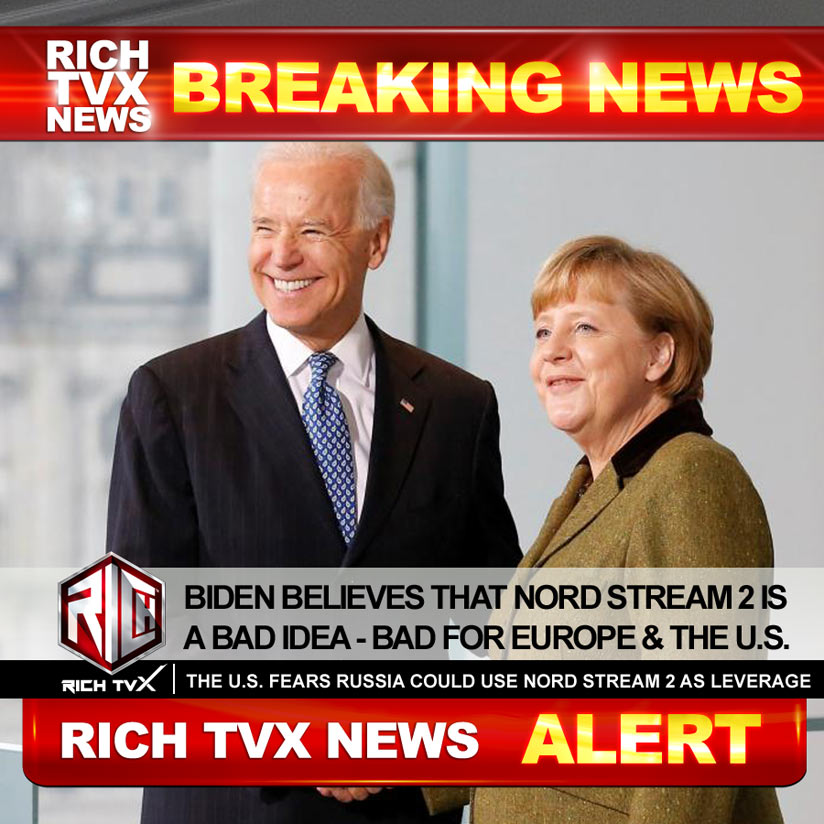 Germany Is Pushing For The Pipeline’s Completion

Antony Blinken also emphasized Washington’s opposition to the pipeline in his meeting with German Foreign Minister Heiko Maas on Tuesday. Heiko Maas defended the country’s commitment to the Nord Stream 2 gas pipeline, as Germany is pushing for the pipeline’s completion, despite sustained U.S. opposition over more than a decade. “The President has been very clear, Joe Biden believes the pipeline is a bad idea, bad for Europe, bad for the United States, ultimately it is in contradiction to the EU’s own security goals,” Blinken said as he met NATO Secretary-General Jens Stoltenberg. “It has the potential to undermine the interests of Ukraine, Poland and a number of close U.S. allies,” Antony Blinken added, saying that a U.S. law required Washington to impose sanctions on companies participating in the Nord Stream 2 project. What lay behind this evolving Biden campaign against Russia? Actually, the United States do have “a true and coherent position” in its approach to Nord Stream 2. NATO doesn’t have a position on the Nord Stream 2 gas pipeline, Secretary-General Jens Stoltenberg said, explaining that NATO is based on consensus among the members and it can’t be achieved on this issue. The pipeline is already around 95% built, and could be finished by September. President Putin said Russia will finish building the pipeline on its own. 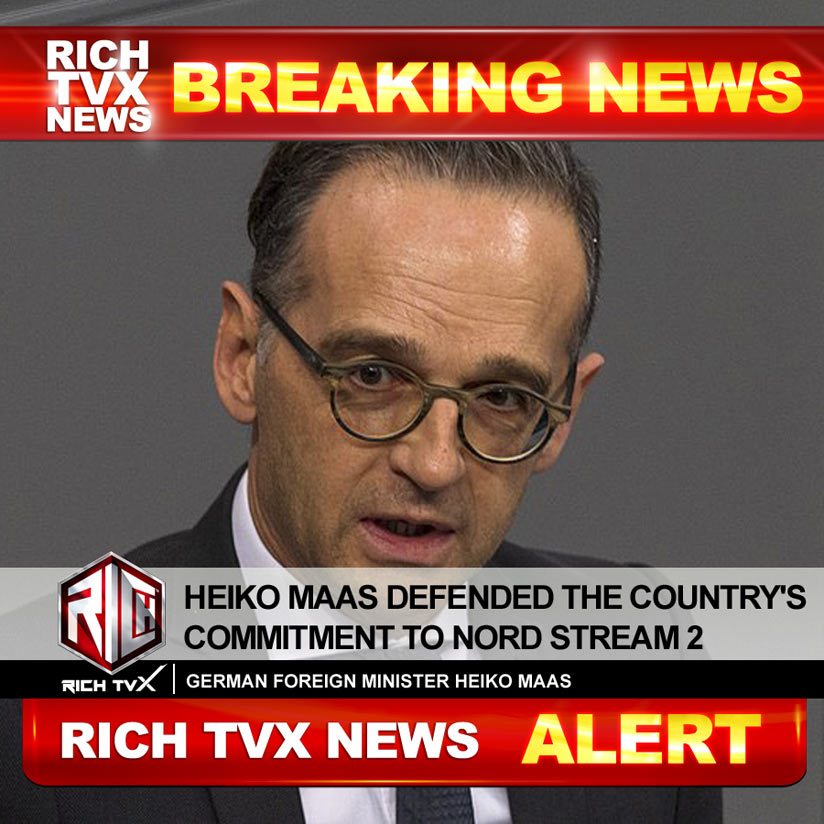 The Nord Stream 2 gas pipeline along with the TurkStream, a natural gas pipeline running from Russia to Turkey. It starts from Russkaya compressor station near Anapa in Russia’s Krasnodar Region, crossing the Black Sea to the receiving terminal at Kıyıköy, is listed as a possible alternative route for supplying Serbia with gas, which it currently receives only through Ukraine. There is, of course, a growing anti-Russian and anti-Nord Stream 2 sentiment in the American political and press establishment. The Rich TVX News Network reached out to the Republican party in Serbia President Nikola Sandulović’s office for a statement, as follows:

“My opinion is that in Serbia, the Nord Stream 2 gas pipeline is actually another in a series of attempts to subjugate Serbia to Russia, which puts Serbia in an unenviable position of energy dependence on Russia. In that way, Serbia would be blackmailed by Russia, and where our production systems and energy capacities would depend exclusively on them. Why do I think so? Because in Serbia at the moment there is no developed system of energy security, which exists in every normal country. The very act of trivial and corrupt sale of NIS, which was estimated at 4 billion euros, and which the Russian giant Gazprom bought with an agreement with the Serbian authorities for 400 million euros, supports my fears and statements. In that way, Russia would separate Serbia from other energy sources that it could get from Europe and the USA. It is my opinion. And my attitude is that Serbia should not allow itself to fall into that energy trap prepared for it by Russia. I return again and link to my political attitude that in the future Serbia will base its energy sources on the help and instructions that will be received from the USA,”  the Serbian opposition leader Nikola Sandulović told Rich TVX News. 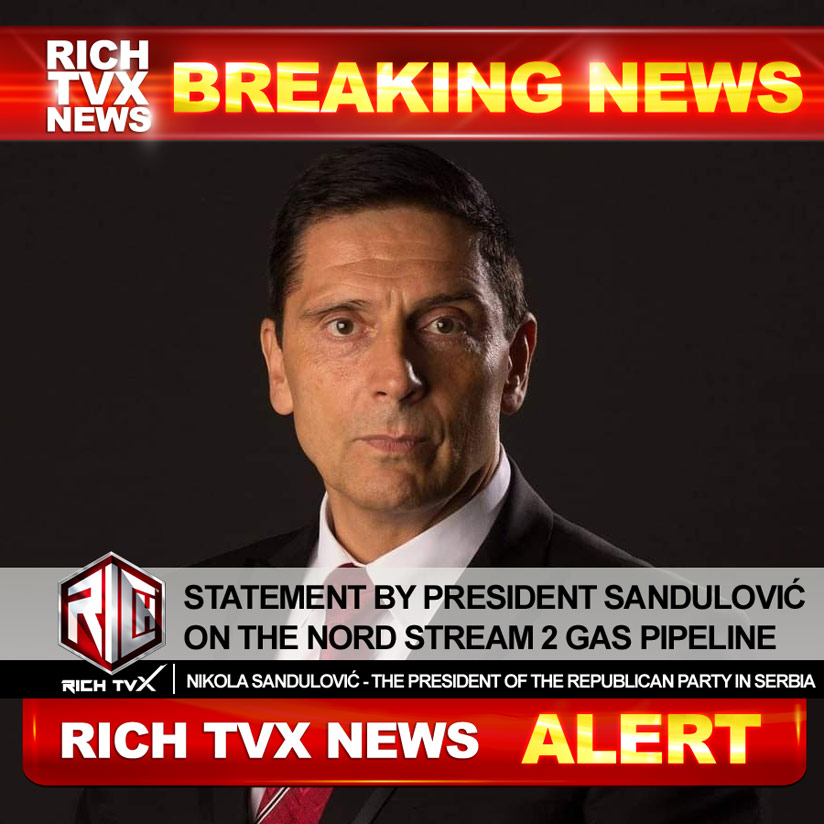 The Russians Love Their Children Too

The concluding chapter summarizes the importance of United States policies, as President Joe Biden has said, Nord Stream 2 is a bad deal — for Ukraine, and for our Central and Eastern European allies. The United States Department of State is tracking efforts to complete the Nord Stream 2 pipeline and is evaluating information regarding entities that appear to be involved. As multiple U.S. administrations have made clear, the Nord Stream 2 gas pipeline is a Russian geopolitical project intended to divide Europe and weaken European energy security. The sanctions legislation Congress passed has significant support from a bipartisan Congressional majority. The Biden Administration is committed to complying with that legislation. The United States Department of State reiterates its warning that any entity involved in the Nord Stream 2 pipeline risks U.S. sanctions and should immediately abandon work on the pipeline. The US-Russian relations take on the aspects of a new cold war, but the Kremlin will not risk a military confrontation with the North Atlantic Treaty Organization (NATO) or the United States. 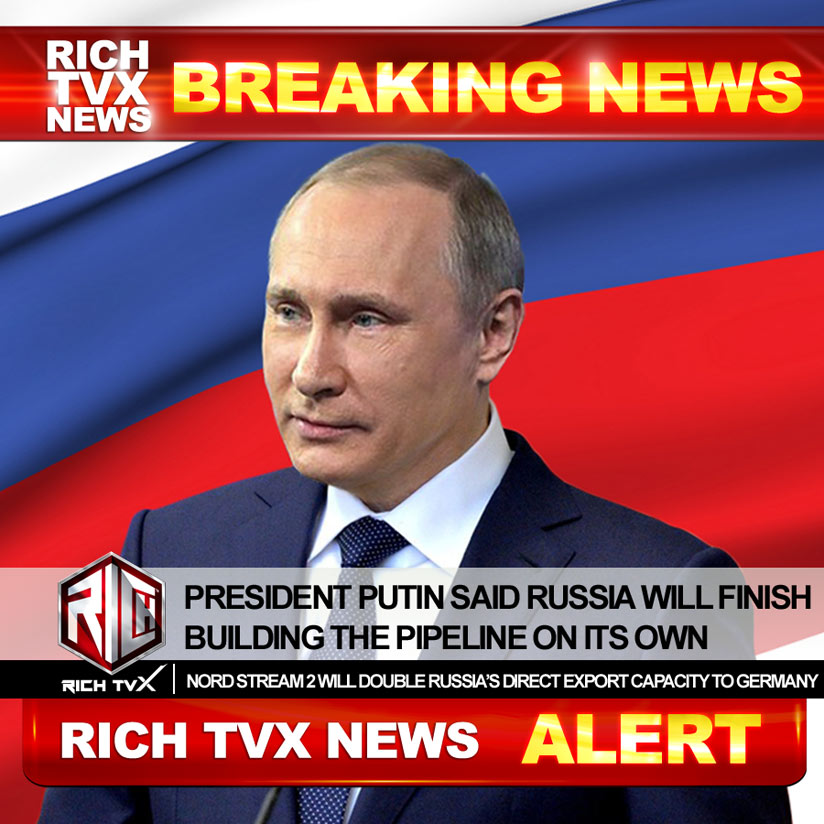 “Russians” is a song by Sting, from his debut solo album, The Dream of the Blue Turtles. The song is a commentary and plea that criticises the then-dominant Cold War foreign policy and doctrine of mutual assured destruction by the United States and the then existing Soviet Union. In short, they adhere to “red lines” that they will not cross. 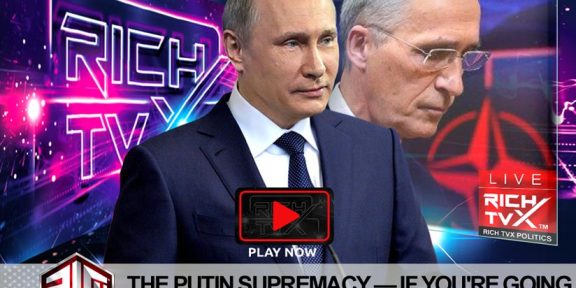 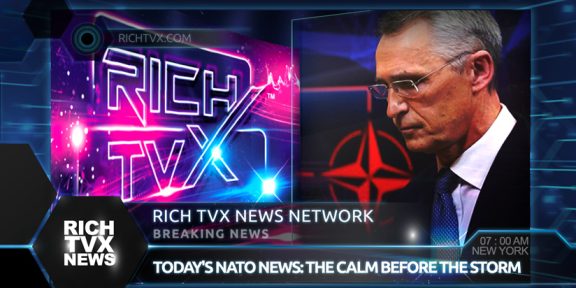 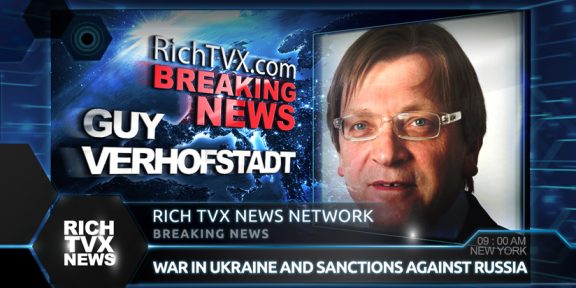 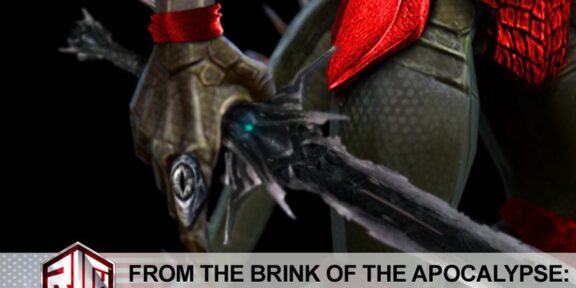 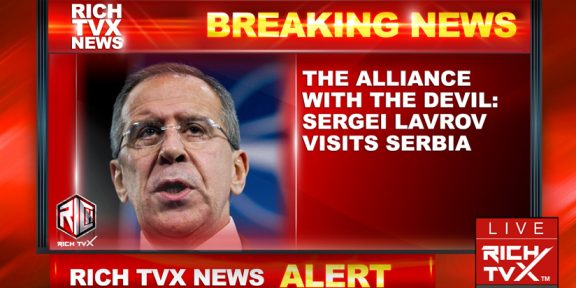 The Alliance With The Devil: Sergei Lavrov Visits Serbia NEW YORK (RichTVX.com) — We have sworn on the altar of God, eternal hostility against every form of tyranny.… 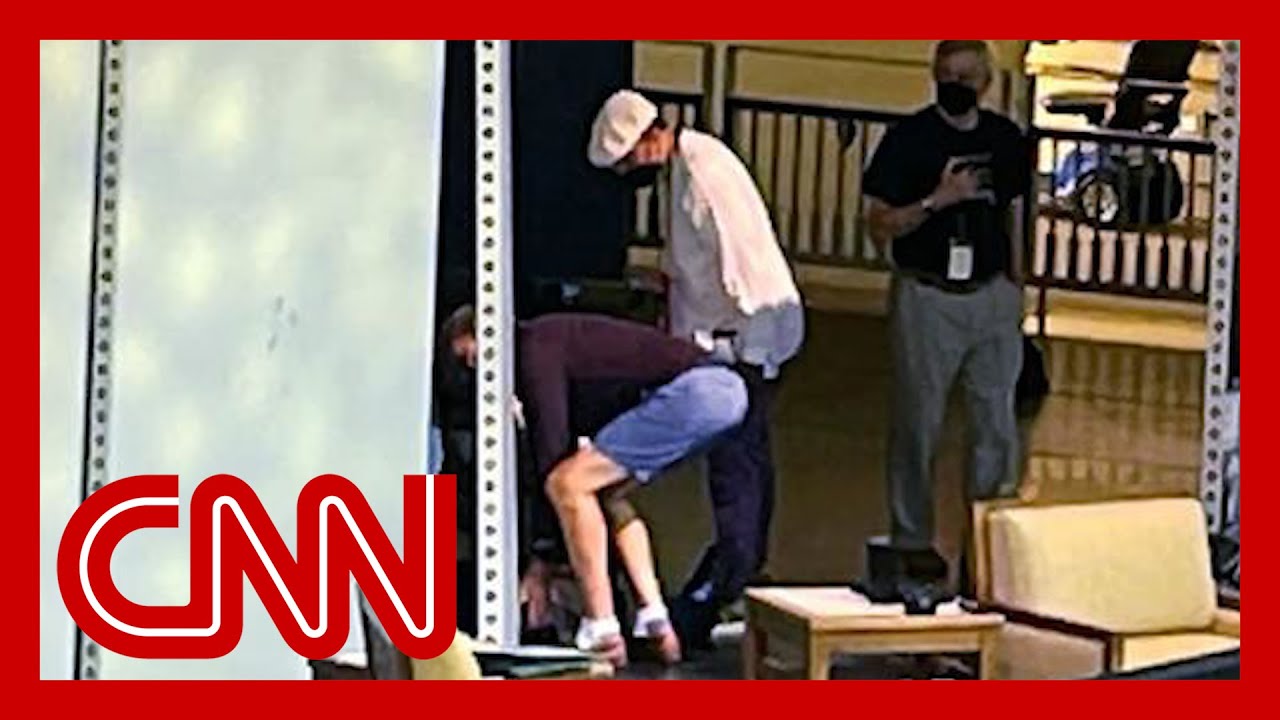 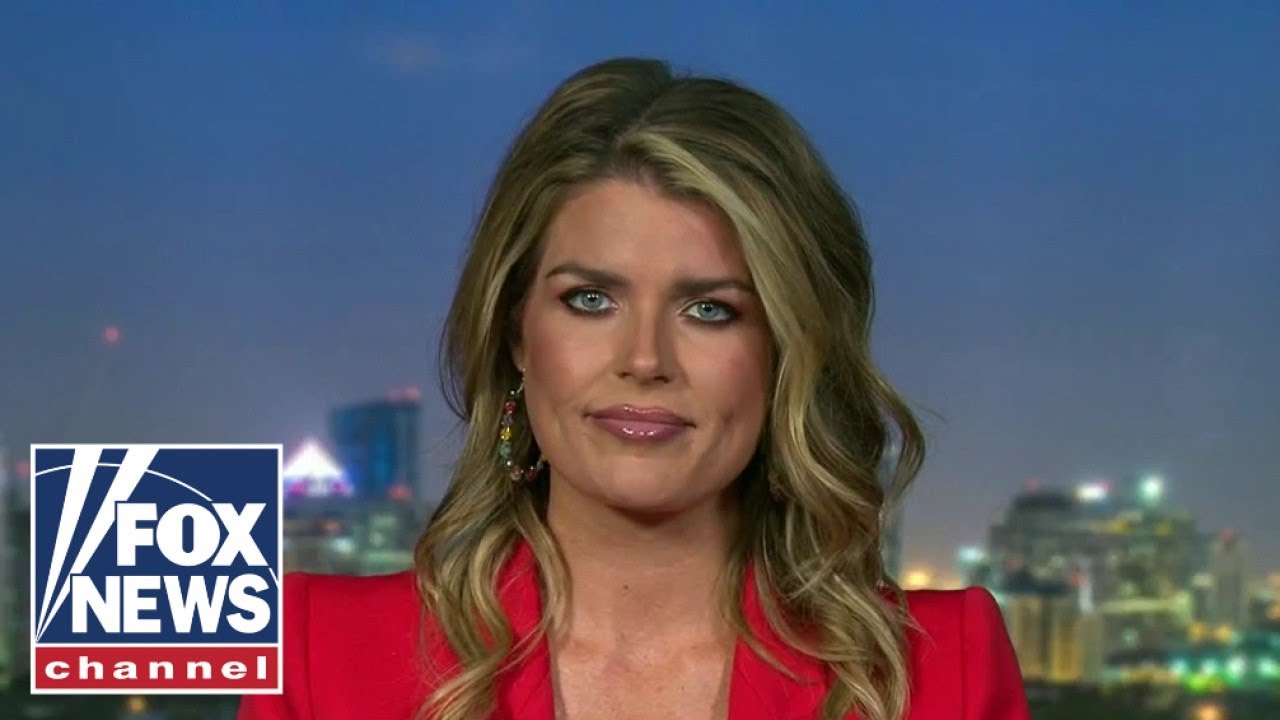 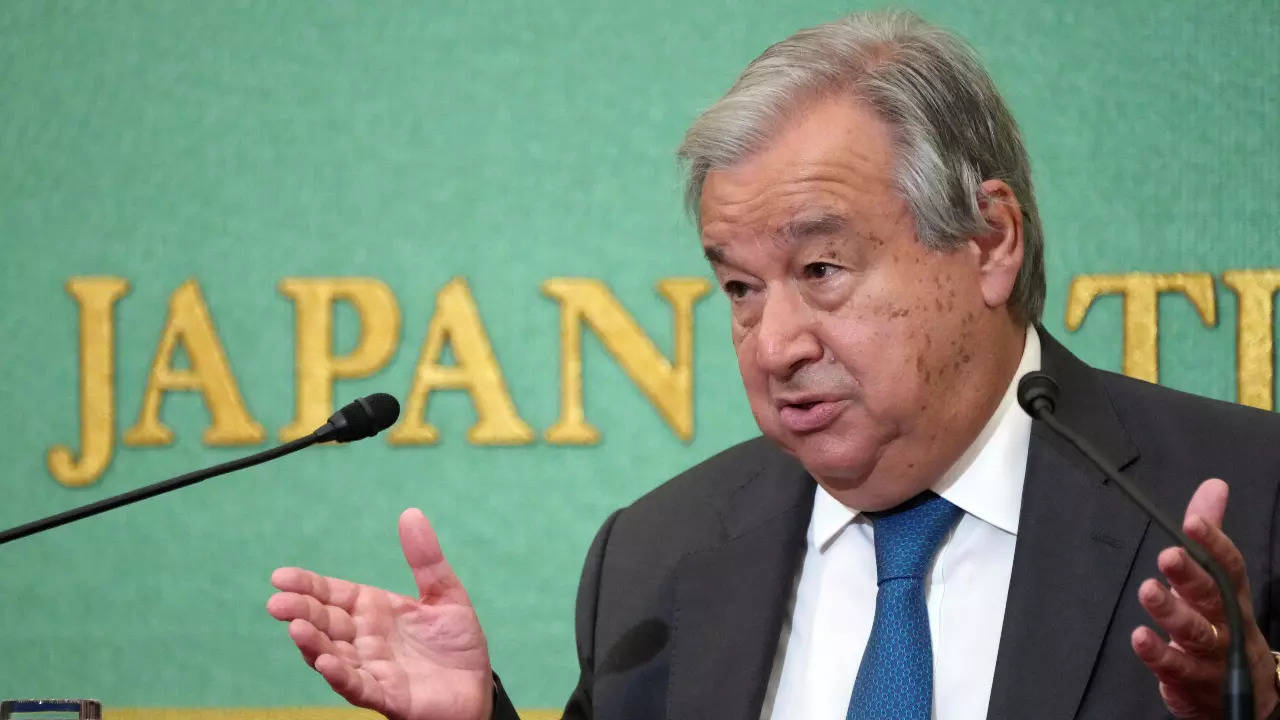 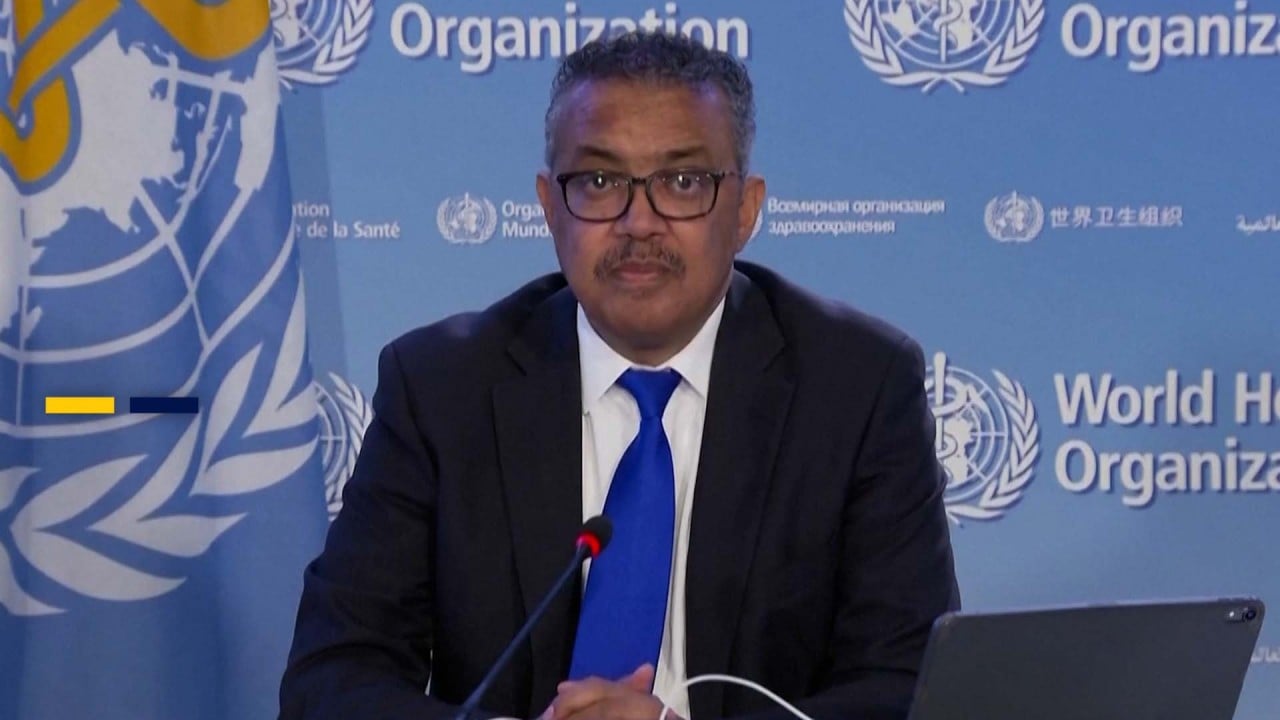 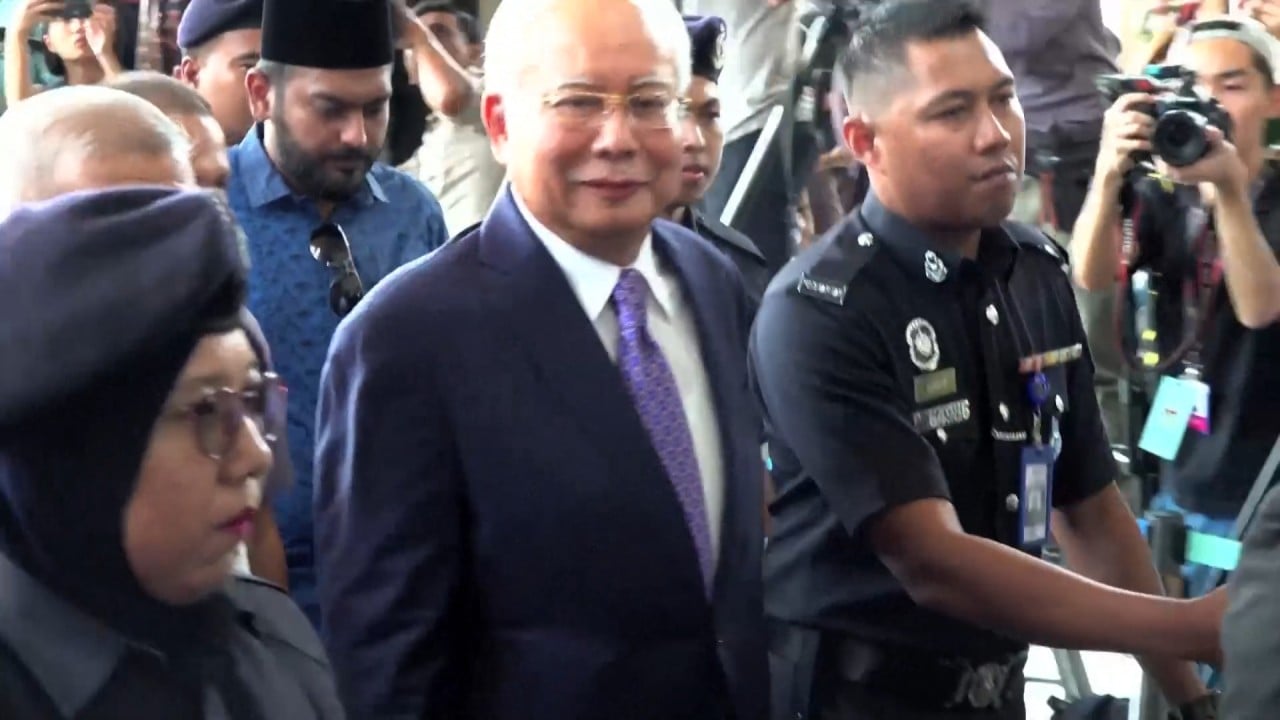 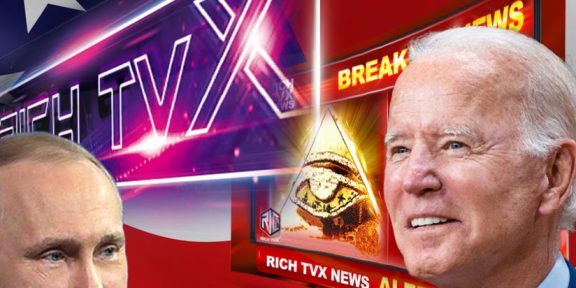