The President of the Republican party in Serbia Nikola Sandulović wrote a letter to U.S. Ambassador, Anthony F. Godfrey 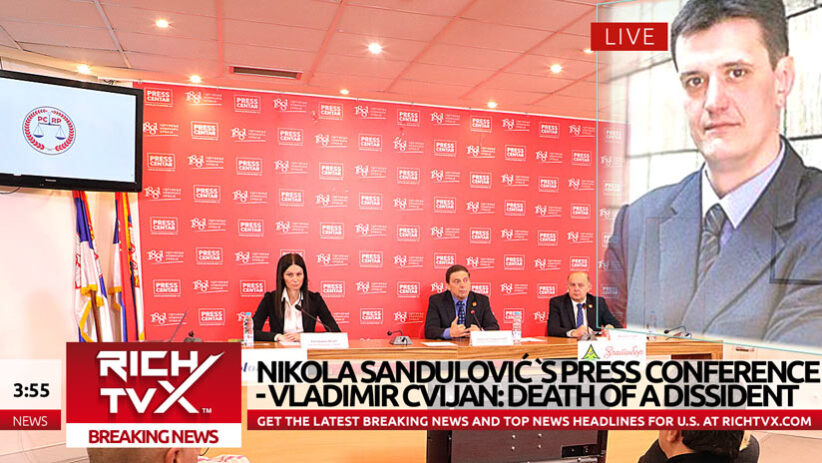 NEW YORK (RichTVX.com) – At a Press conference in Belgrade, Nikola Sandulović, the President of the Republican Party in Serbia, together with Katarina Ilić, advisor to the President for the media, and Mihajlo Todić, Vice-President of the Republican Party, strongly condemned the Aleksandar Vučić regime for covering up the murder of Vladimir Cvijan. Speaking at a Press conference, Serbia’s opposition leader Nikola Sandulović, already traded as Serbia´s next President, said he will establish a strong, clean, and stable Government with an efficient administration once the regime of Aleksandar Vučić is removed. Nikola Sandulović said today that former prominent Serbian Progressive Party (SNS) official Vladimir Cvijan was killed three years ago after he was threatened by the head of state and SNS leader Aleksandar Vučić, but that neither the prosecution nor the Security -information agency reacted. The stakes for the United States and the rest of the Western world should the chaos continue in Serbia under the Vučić regime are enormous. “If Aleksandar Vučić`s plans are successful then the entire Balkan region could be up for grabs.” Up for grabs by whom? The obvious winner in the strategy of the dictator Aleksandar Vučić would seem to be China—but few diplomats or analysts saw a strong China hand behind the current Vučić regime.

There Is Something Strange About The U.S. Embassy’s Silence

Although Nikola Sandulović noted that democracy completely declined precipitously in Serbia, Nikola Sandulović sounded a hopeful note. He reminded attendees at the press conference that the Republican Party’s struggle for free Serbia has received some important help from the U.S. State Department of State, the Freedom House, and the European Parliament, as this very respectable institutions have published devastating reports on the current regime in Serbia. The New York Times reported that China, among other foreign powers, is exploiting the situation in Serbia. The Chinese plan to maintain a permanent centre of subversion on Serbian soil. Aleksandar Vučić has become perhaps China’s biggest cheerleader in Europe. In an interview with the Rich TVX News Network, Mr. Sandulović publicly challenged Aleksandar Vučić’s leadership and said that the Government had “cheated the Serbian people”. He strongly attacked the current office holder for imposing senseless restrictions, for covering up the murder of Vladimir Cvijan and on relations with China. The Aleksandar Vučić Government is far worse than the former Federal Government of Slobodan Milošević, he said. A caustic reminder of those days is presented in Serbian national broadcaster RTS’s new TV drama, “Porodica (The Family).” Twenty years ago, the former Serbian president Slobodan Milošević was arrested at his residence in the heart of the upscale Dedinje district in Belgrade. The Rich TVX News Network listed incidents of police brutality in Serbia. The allegations of assaults by police at dissenters and protesters reported had never been denied. These included the story of Serbia’s opposition leader Nikola Sandulović while he was arrested by the Vučić regime. ‘A prison guard shoved me against the wall, which had a strange brown surface. I was bleeding from the mouth and nose short after.” As it turned out, Nikola Sandulović was poisoned with a nerve gas and only survived through luck and God’s grace. There is something strange about the U.S. Embassy’s silence about the Vučić regime’s attempted murder of Nikola Sandulović. 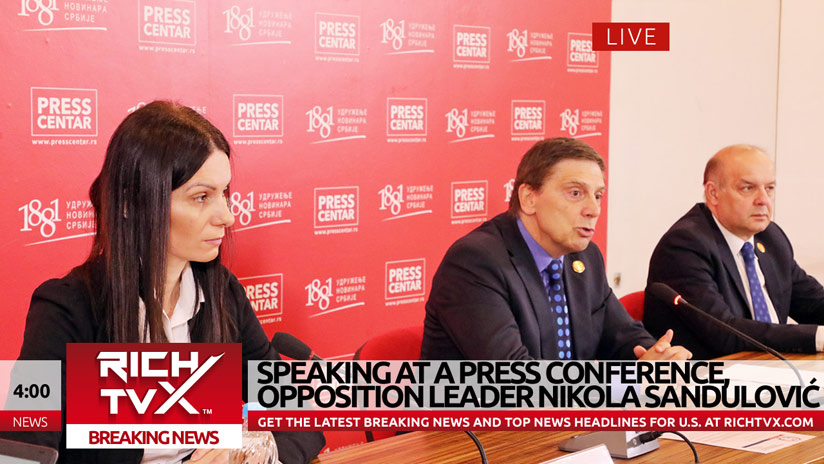 Nikola Sandulović, the President of the Republican Party in Serbia

Dictator Aleksandar Vučić decided that Veljko Belivuk, aka Velja Nevolja, who was marked as the leader of the fan group “Principi”, and Dijana Hrkalović, former state secretary of the Ministry of the Interior had outlived their usefulness. Critics of the Vučić regime said the same was true of the dictator who advanced the idea. “There will be no murder of dissidents like in the case Vladimir Cvijan here under my leadership.” Answering a question about Chinese influence in Serbia, Nikola Sandulović said: “We are having a scramble for Serbia and Europe—not so much for the bodies of Serbia and Europe as for the souls. Although their own people in China have not enough to eat they find enough funds to corrupt politicians everywhere. Only politicians of honesty and character like the Republican party in Serbia can stand up to them.” In a bitter polemic, Nikola Sandulović said: “The present de facto Aleksandar Vučić Government has shown itself incapable of finding a political solution to Serbia’s problems.” Instead, Sandulović said, “certain politicians are becoming accustomed to ruling over corpses”. Nikola Sandulović cited President Joe Biden’s human-rights policy, the President’s endorsement of the American Human Rights, the official disapproval by the U.S. State Department of Aleksandar Vučić’s human rights abuses in Serbia, and the vigorous investigation by U.S. authorities of the murder of Vladimir Cvijan. The United States will speak out about human rights everywhere including in allies and at home, Secretary of State Antony Blinken vowed last week. Sandulović’s aides maintain that a number of things are beginning to go in his favour in his fight against Communism in Serbia, in a society in which things in general are overwhelmingly wrong under the current Vučić regime. They may be right. Thanks to a report released by the US State Department Serbia is a country marked by significant human rights challenges, and a significant number of issues in different areas like severe restrictions on freedom of expression, including violence, threats of violence and unjustified arrests and prosecutions of journalists. 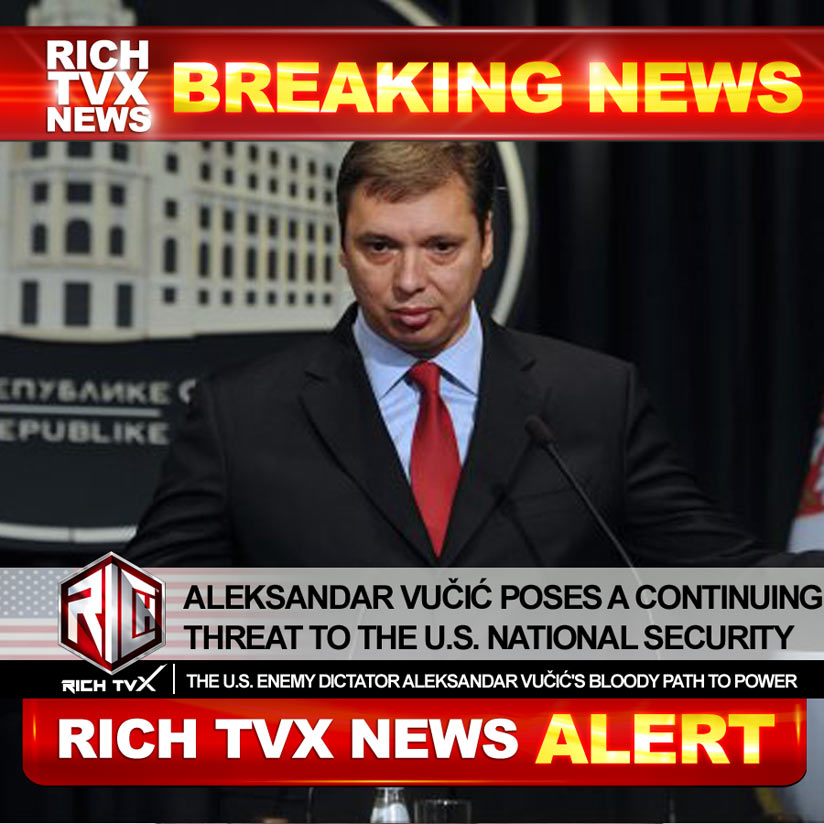 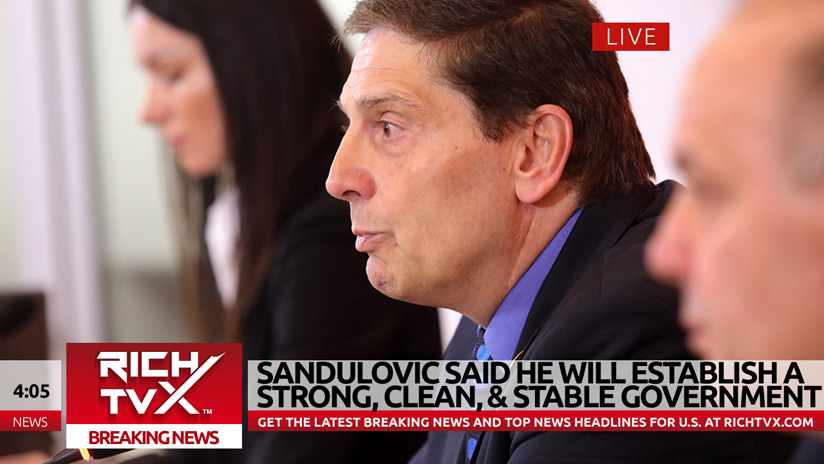 Vladimir Cvijan Was The First Dissident Of The Aleksandar Vučić Regime

The phone on the small table next to Aleksandar Vučić’s brown velvet armchair rang every two or three minutes. As he picked up the receiver, listening intently and stroking his hair on the evening of 5 January 2018. The Serbian dissident Vladimir Cvijan, the Serbian lawyer and politician who served as the legal advisor and General Secretary of the President of Serbia Boris Tadić was dead. He joined then opposition Serbian Progressive Party (SNS), where he became a member of the party presidency and one of the most prominent members. Vladimir Cvijan served as the SNS member of the National Assembly, and was later an independent representative in the parliament and active dissident, for short period until his unnoticed disappearance. Vladimir Cvijan abruptly disappeared from public life. He died by drowning in the Danube river on 5 January 2018 in Belgrade, Serbia, according to Belgrade Higher Public Prosecutor Office in March 2021. Before that there was no single trace of his fate. Vladimir Cvijan´s death was kept hidden from the public for three years, until it was revealed by the media in March 2021. Aleksandar Vučić looked pale he appeared at Serbian State TV, and when asked about Vladimir Cvijan.The circumstances and reasons why his death was hidden from the public for so long are still unknown. Vladimir Cvijan was quickly cremated and buried by the criminal Vučić regime without his last name on the tombstone. Vladimir Cvijan was the first dissident of the Aleksandar Vučić regime. 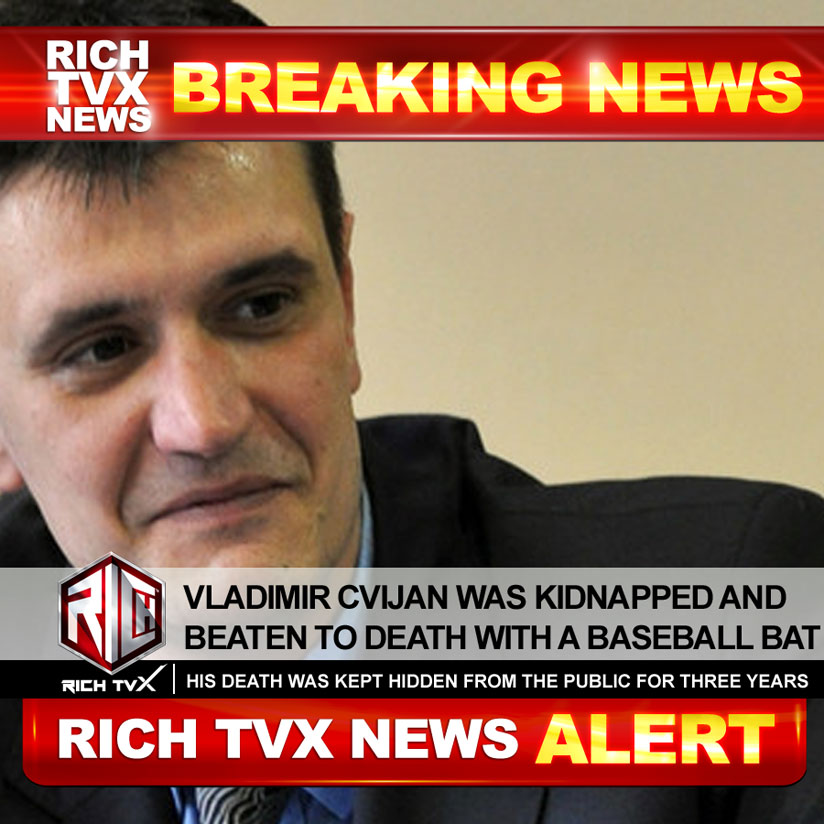 The U.S. Embassy In Serbia Seems Too Mild In Dealing With Aleksandar Vučić 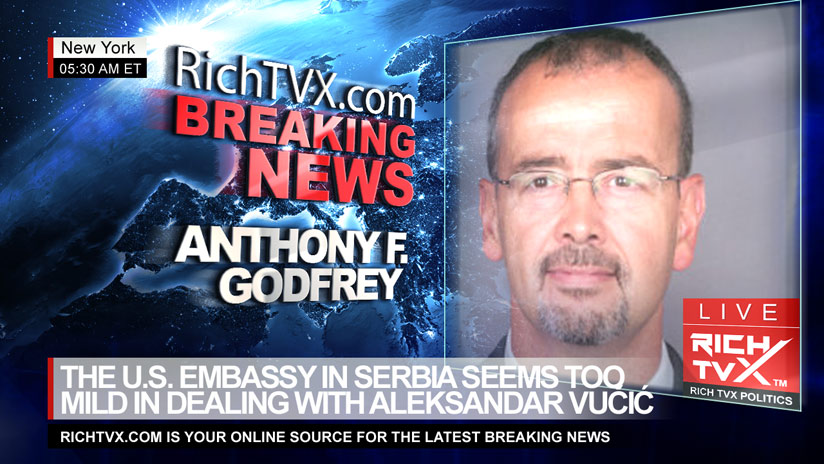 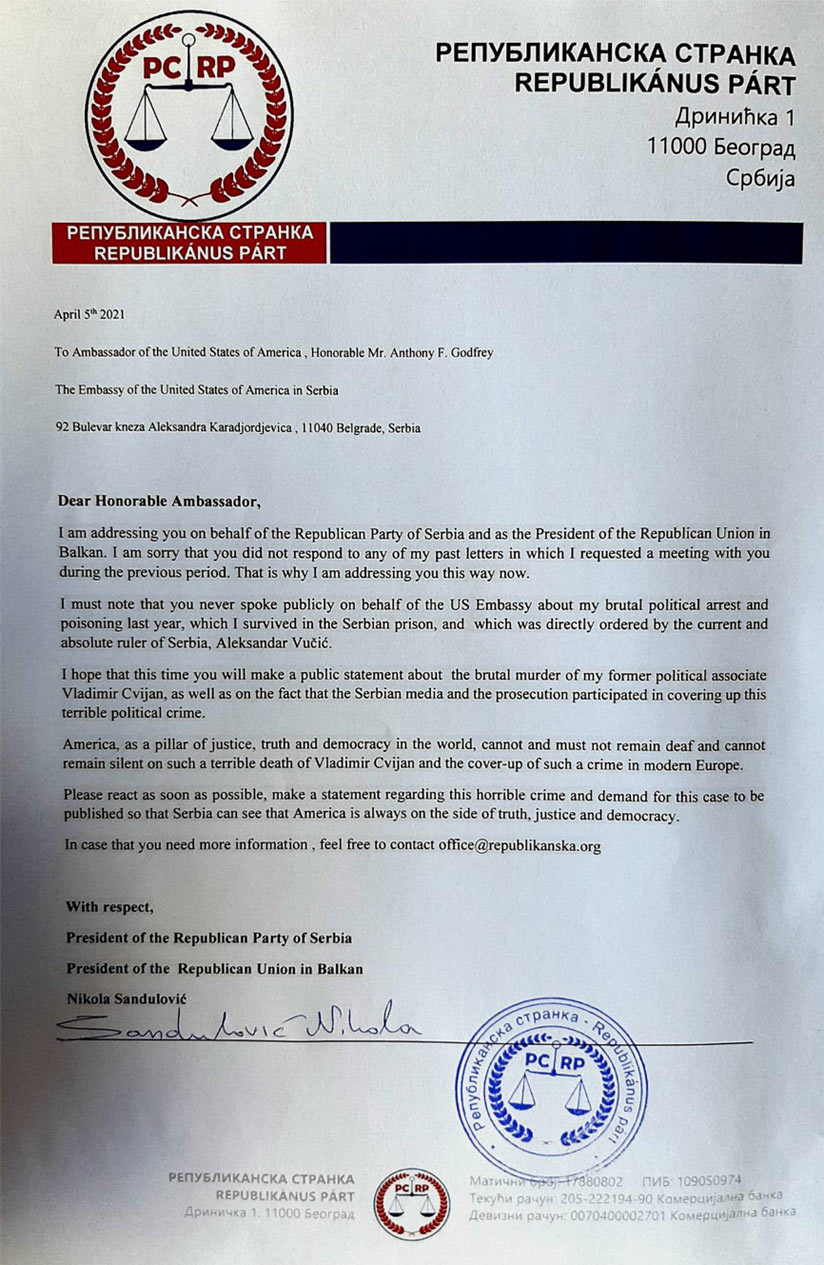 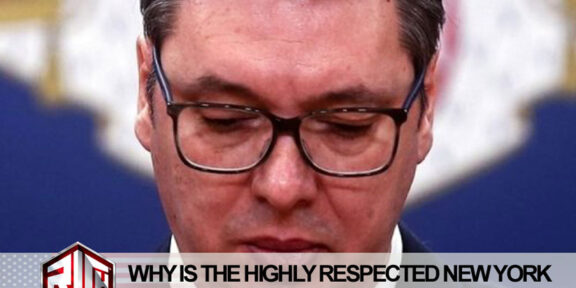 Why Is The Highly Respected New York Times…