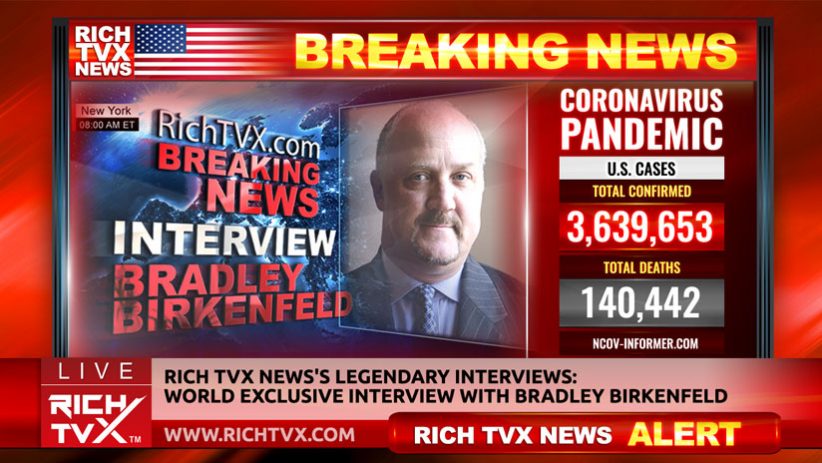 Part 3 of the Interview with Bradley Birkenfeld

Many banks in Switzerland now profess to engage only in legal practices, kicking out any clients who don’t disclose whether they have paid taxes. Do you find this genuine?

Bradley Birkenfeld: Once again, until the Swiss open up to regulators and law enforcement around the world, they CANNOT be trusted. They might give the impression they are changing and clients are leaving to other jurisdictions but they continue to hide assets and protect certain clientele.  What about all the trusts, foundations, companies, safe deposit boxes etc. etc. No transparency or accountability there, so the Swiss have been. Forced to change and the EU and OECD should be doing much more.

What factors do you see as essential to ensuring the success, so what is your message to decision-makers?

Bradley Birkenfeld: Pass proper and proactive whistleblowing laws that protect and compensate whistleblowers for exposing waste, fraud and corruption in our society.

What’s your view on how President Trump has done through his first year?

Bradley Birkenfeld: With all the concocted witch-hunt against him and his family it is disgraceful. He won and Hillary lost – MOVE ON! President Trump has worked hard to battle Democrats, Republicans, Media and a host of liberal leaning groups that are angry Hillary lost. Well, welcome to the world of winners and losers. Trump has done quite well given. These aforementioned facts and he will continue to focus on America first and why shouldn’t he. He is keeping is election promise and doing what he says unlike most corrupt and lying politicians. You may not like it but that is not what it is about. I still is about Donald Trump implementing his policies.

Would you say the U.S. government has made significant progress in the fight against corruption?

Bradley Birkenfeld: I believe the recent IG report on the FBI further confirms what President Trump has been saying all along. Clean up the corruption or I will do it for you!  It is so ingrained but I think steps are being taken to do just that.

How would you evaluate the current U.S. administration’s stance against corruption?

Bradley Birkenfeld: I think the Trump administration has tried to weed out corruption but people will say he is corrupt. I am still waiting for FACTS on the Russsian collusion, banking fraud etc. There is NO evidence whatsoever.

What role do branches of Swiss banks, or other major international lenders, play in the home countries of tax evaders?

Bradley Birkenfeld: The Swiss banks utilized their onshore domestic offices to facilitate their offshore foreign business. They could charge higher fees, hide assets from tax authorities, spouses, business partners etc.They could accept billions of dollars from dictators and in the end claim Swiss bank secrecy. This must end and I effectively did just that. 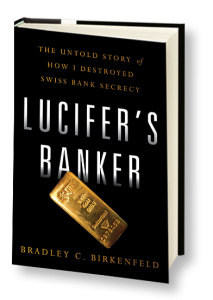 What can other countries learn from your experience?

The EU has created a automatic system for exchanging banking information throughout the European Union. How effective is such regulation?

Bradley Birkenfeld: Unfortunately, the EU should consult someone like me and other professionals to monitor this system to ensure full and accurate compliance.  A special committee of financial whistleblowers and bankers would be the best and most efficient system.

Because of your disclosures, the United States has taken tougher action against Swiss banks. Should the European Union follow that?

Bradley Birkenfeld: The EU should be more than proactive in this regard.The problem is so many professionals, politicians, CEO’s, billionaires had secret accounts in Switzerland at UBS and other banks. This is a global epidemic!  We need to clean up the offshore world as it has.

What impact do you hope the book “Lucifer’s Banker” will have?

Bradley Birkenfeld: It will show to the world (in different languages) that one man CAN and will make a difference when governments failed to act and are even part of the problem. It will motivate others to understand how important it is to be a courageous whistleblower and support strong whistleblowing laws of protection and compensation.  It will send a message to every Swiss private banker that you are NO longer protected by this farce called Swiss bank secrecy.  It will move to harmonize banking around the world and make society a better place.

Bradley Birkenfeld: Because the DOJ (During the Administration of President Barack Obama) attacked me as they hate whistleblowers. As a whistleblower, I effectively did the job the DOJ should have done for decades. They failed to do it, never fully understood it, wanted to take the credit BUT in the end I made sure the world knew this was because of me NOT because some civil servant hack in an office thinking he can tell likes to support their false narrative. Whistleblowers are obviously afraid of the repercussions: demotion, firing, intimidation, harassment, threats, divorce, finances ruined etc. etc.

Do you have any advice you’d give to people who are maybe thinking about coming forward based on your experience?

Bradley Birkenfeld: Yes. Make sure you have as many supporting internal documents to prove your whistleblowing accusations, put a timeline together of names, dates, people and places, hire a credible lawyer/law firm and ensure you contact me as I would be delighted to help anyone seeking help and assistance in this regard.

What are your plans for the future? Will you be writing more books?

Bradley Birkenfeld: I might write another book and possibly have a film made or TV series. I enjoy lecturing and advising foreign governments. I will also pursue governments to implement stronger whistleblowing laws that benefit everyone except the BAD guys!

Mr. Birkenfeld, we thank you for the interview.

I Wonder As I Wander – Lindsey Stirling

Along with Marc Short, the vice president’s chief of staff, three addi [...]

Candidates made their cases as hundreds of thousands of people jammed [...]

The wave is most acute in the Midwest and Mountain West. The U.S. set [...]

Even some people in Gastonia, N.C., are a little perplexed about why t [...]

Alexandria Ocasio-Cortez is expected to cruise to re-election, yet the [...]

Republicans have controlled the state government since 2003. An anti-T [...]

Apple, Google and a Deal That Controls ...

In a landmark antitrust complaint, the Justice Department is targeting [...]

Rays Stun the Dodgers With a Chaotic W ...

Aggressive coronavirus testing made the restart of professional sports [...]

They didn’t have an oven. Their apartment resembled Santa’s workshop s [...]

A Recap of the Final Presidential Deba ...

The first matchup between President Trump and Joe Biden was chaotic. T [...]

The podcast’s original host joins Ross and Michelle to discuss the cam [...]

Modern Love Podcast: When Getting Old ...

Love stories cut short by the unexpected live on in alternate endings. [...]

The Republican Party After Trump

The Last Temptation of NeverTrump

A voice in my head makes the case to re-elect the president. [...]

A steaming mad president is running out of steam. [...]

New Visas Limits Would Be a Self-Infli ...

The Trump administration wants to make it harder for foreign students, [...]

Many of us thought gays and lesbians had won the marriage battle. Mayb [...]

Either we become a truly multiracial democracy or we cease to be a dem [...]

This fall, the chores in my kitchen have become a way to stay connecte [...]

America and the Coronavirus: ‘A Coloss ...

In its destruction of American lives, treasure and well-being, this pa [...]

Will Cuba Tip Florida to Trump?

Sixty-two years after the revolution, America’s relations with its nei [...]

Why Does Trump Win With White Men? 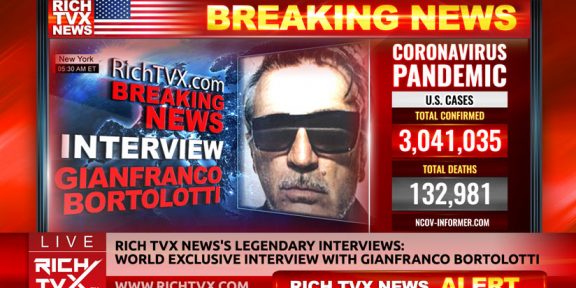 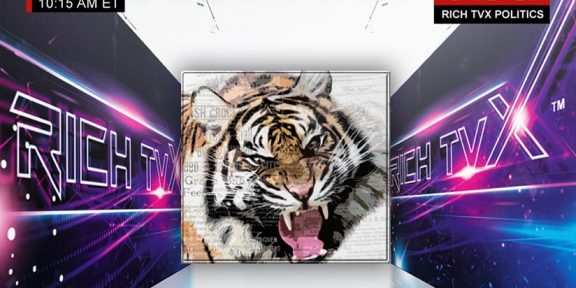 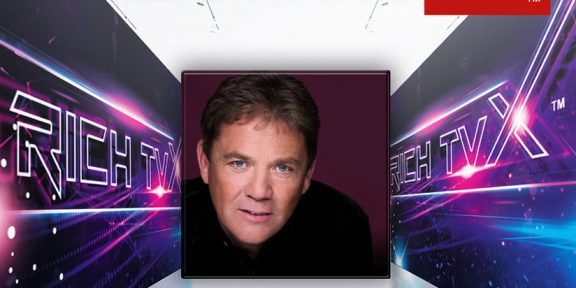