NEW YORK (RichTVX.com) – Not3s has delivered his first song of 2019 titled “Wanting.” Accompany the summer smash is a cool video shot by Anders Malmberg. The video is supported by a backing track produced by Scribz Riley, and utilizes cool shots with Not3s to add depth to the well-rounded track, which you can watch above.

Not3s (pronounced notes), is a British rapper, singer and actor from Hackney, London. His songs include, “My Lover” (Mabel remix) and “Fine Line”, both of which are collaborations with Mabel. His breakthrough song, “Addison Lee”, has been described as a viral hit and has achieved much publicity for the singer. The song, which takes its name from the London-based taxi firm, achieved such popularity that Not3s was invited to the firm’s Christmas party in KOKO to perform the song. He was nominated for the BBC Sound of 2018. 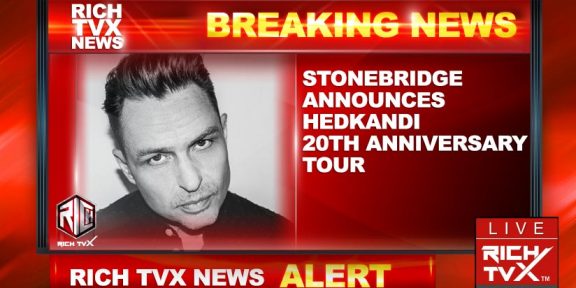 As Cases Overwhelm the U.S., Officials ...

Health officials are acknowledging that contact tracing can no longer [...]

The picks are a repudiation of President Trump’s isolationism, but the [...]

Biden Transition Gets Underway as Team ...

Within hours of the Trump administration’s decision to stop blocking t [...]

From trade and sanctions to tax policy and financial regulation, the f [...]

Ivanka and Jared Look for a New Beginn ...

The end of President Trump’s time in office leaves his daughter Ivanka [...]

Even in the absence of a questionable outcome or any evidence of fraud [...]

Trump Is Said to Plan Pardon of Flynn

The Truth About Thanksgiving Alone in ...

In a city where the holiday has special significance, a ban on gatheri [...]

Tiny is the new big this holiday season, and making a small meal can b [...]

Holiday dishes don’t need to be fussy. Keep the shopping and cooking s [...]

Take a look back at the show with the creator Amy Sherman-Palladino an [...]

How to Pretend You’re in Hawaii Tonigh ...

With a few easy-to-find items, you can discover the archipelago’s brea [...]

A father photographs his family life during the coronavirus crisis. [...]

Prominent leaders said he was a somewhat reluctant trailblazer who too [...]

A Failed Attempt to Overturn the Elect ...

The Trump administration has authorized formal preparations for the tr [...]

Many Americans’ feeds are nightmares. I know because I spent weeks liv [...]

Happy Thanksgiving to All Those Who To ...

Civil servants, elected officials and judges did their jobs and protec [...]

Should Trump Be Prosecuted?

Being president should mean you are more accountable, not less, to the [...]

Why Is Congress Still Discussing Hydro ...

There is no evidence that hydroxychloroquine helps Covid-19 patients. [...]

The Truth That Iraq and Afghanistan Ve ...