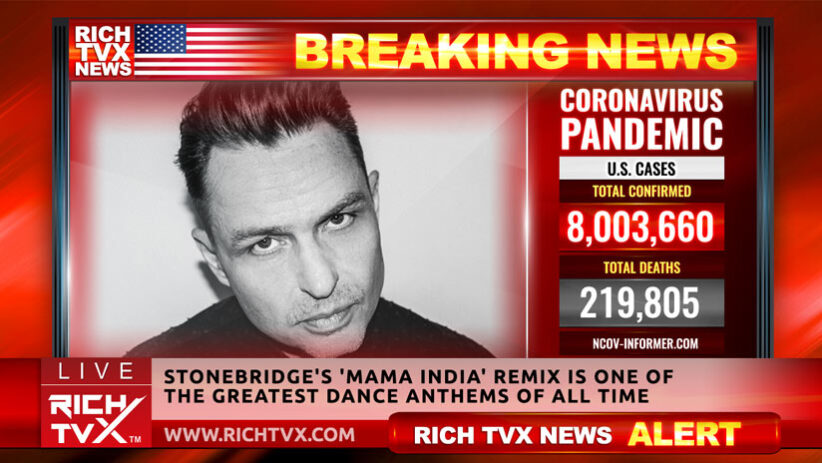 NEW YORK (RichTVX.com) – As one of the biggest stars in electronic dance music, StoneBridge‘s ‘Mama India’ Mix will set the standard for an entire generation of house anthems. It wouldn’t be an exaggeration to call StoneBridge’s uplifting ‘Mama India’ Remix, one of the most important house tracks of the 21st century to date. ‘Mama India’ by Stevo is a melodious house music monster that instantly insinuates thoughts of Ibiza, sunshine and palm trees. ‘Mama India’ was the world´s first orient techno-house genre track released as a single, it was a underground club hit.

The internationally renowned Musicproducer and No.1 MTV.com USA Artist Stevo professionally known also as the Rain Man and Stefan Delani Gbogboade aka DJ Delani were the leading innovators in the birth of the orient techno house genre. The descriptive use of the “trance elements” in ‘Mama India’ is notable in this context, since the trance music genre was at this time unestablished.The original track ‘Mama India’ was written by Stevo and DJ Delani, and the 2nd version of ‘Mama India’ (which was released back then by Sony Music), was produced together with Klaus Munzert aka Wildmax, the legendary German music producer. 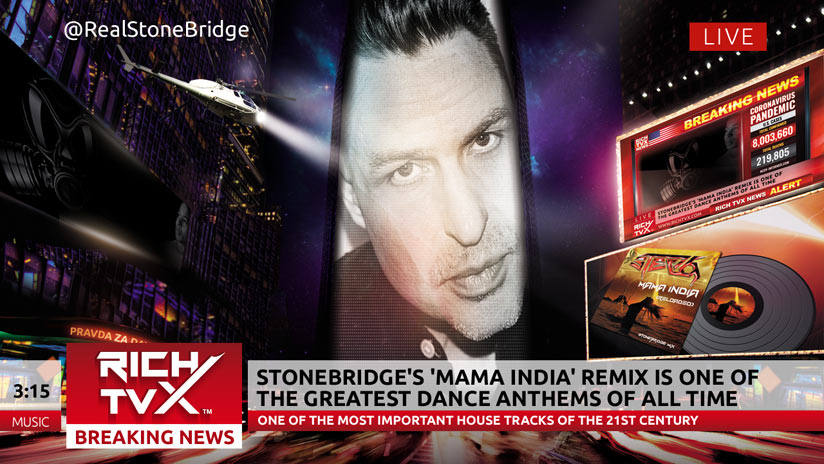 Ibiza is arguably the techno capital of the world, as there’s an abundance of micro-scenes, catering to everything from techno to the deepest house. This may be one of Ibiza’s worst-kept secrets, but the club ‘Mama India’ is unlike anywhere you’ve ever been. Not exactly a club per se, but a secret location of the elites located on a benevolent millionaire’s private estate, and the locations strict door policy has made it the holy grail of Ibiza ́s nightlife. A personal invitation is required to attend, and infact, from the outside, it seems like a UFO with walls of glass. 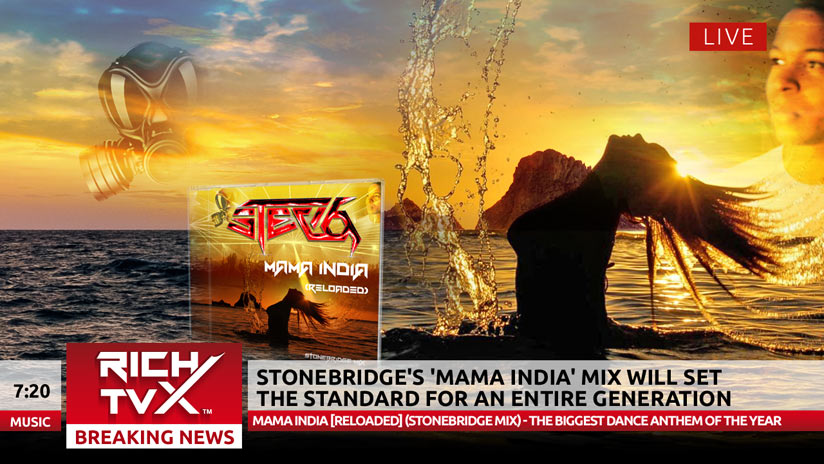 The Creation Of A New Filthy House Sound

The Grammy Award nominated Artist, Producer & DJ StoneBridge sampled the iconic ‘Mama India’ vocal samples, tablas and replaced verse chorus-verse structure with filthy house beats – tense buildups that led into sudden, inevitable house bass bombs. The StoneBridge Extended Mix builds up pursuing the big banger house sound and seems to be a foundation where sub-genre meets. The creation of a new filthy house sound and a foundation where new house genres are being born. With ‘Mama India’, the artist tries to capture the excesses that had become status quo in Ibiza. The radio premiere of Stevo –  ‘Mama India’ [StoneBridge Mix] will be held on Sirius XM in the United States and Canada, on BPM Show, one of four Dance/Electronic music satellite channels offered by Sirius XM Radio.

One Of The Most Monumental House Tracks

With its energetic bass and beat structure, melodic synths and soaring highly recognizable euphoric ‘Mama India’ vocal sample, the StoneBridge Mix is considered one of the most monumental house tracks right now. Earlier this year, StoneBridge released his highest-profile singles ‘Running’ and ‘So Good’. With an immediately recognizable melody, StoneBridge’s ‘Mama India’ Remix will became a staple in DJ sets and radio shows all over the world, and it’s also one of StoneBridge’s most beautiful tracks. His iconic remix of Robin S ‘Show Me Love’ became one of the biggest selling house tracks of all time. Cue another ‘Mama India’ and another drop. That is the StoneBridge Mix we fell in love, and for sure the house music’s next level. The new ‘Mama India’  Remix from Grammy Nominated DJ/Producer StoneBridge is set for release at the end of this month. 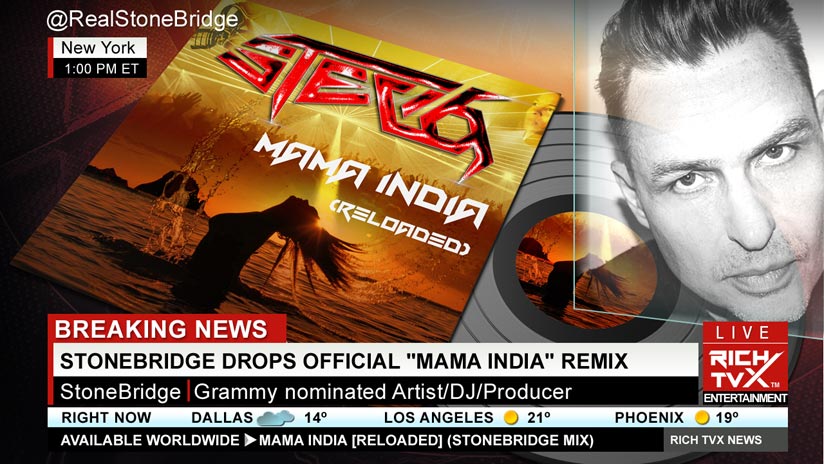 “When you play a track like Mama India for the first time and the crowd reacts more than when I play ‘Show Me Love,’ I’m like,
‘Whoa, This is insane.’ Something big is happening.” StoneBridge – Grammy Award nominated Artist, Producer & DJ 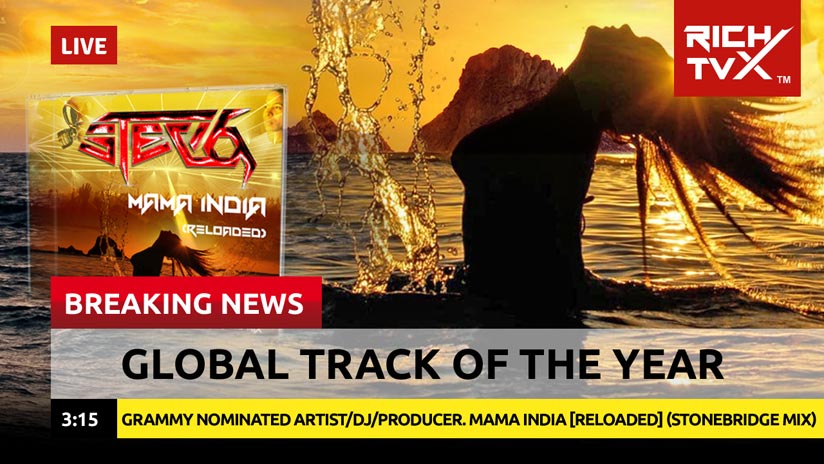 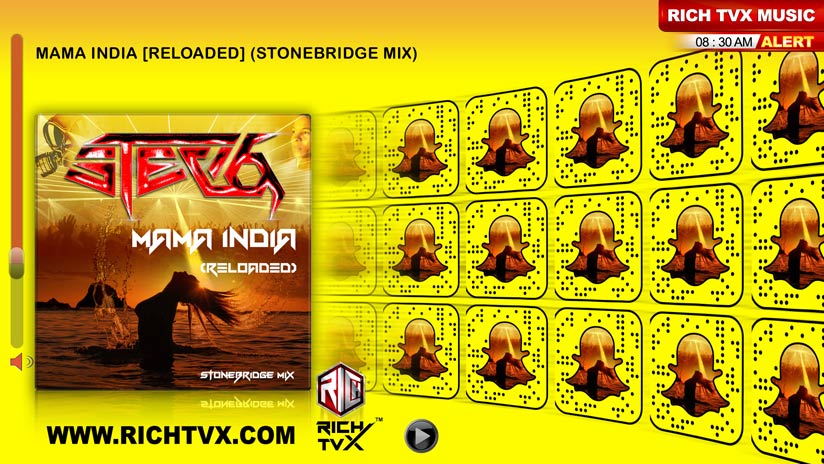 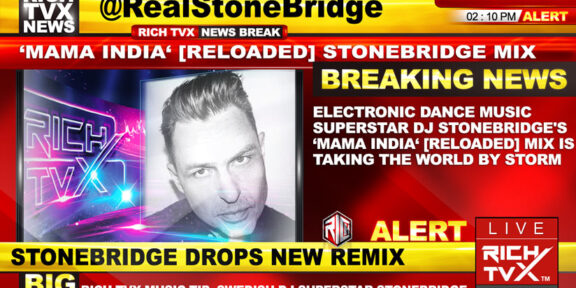 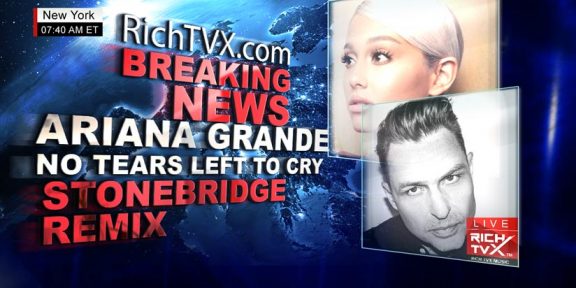