(HOUSTON) — An autopsy has found that a 7-year-old girl from Guatemala died of a bacterial infection while detained by the U.S. Border Patrol, in a case that drew worldwide attention to the plight of migrant families detained at the southern U.S. border.

The El Paso County Medical Examiner’s office released a report Friday of its findings in the death of 7-year-old Jakelin Caal Maquin. Jakelin died Dec. 8, just over a day after she was apprehended by Border Patrol agents with her father.

The report says traces of streptococcus bacteria were found in Jakelin’s lungs, adrenal gland, liver, and spleen. The autopsy says she faced a “rapidly progressive infection” that led to the failure of multiple organs.

The medical examiner did not determine which form of streptococcus bacteria Jakelin contracted.

Jakelin was one of two children to die in Border Patrol custody in December, raising questions about the agency’s medical practices as it faces a surge in migrant families crossing the southern border.

U.S. Customs and Border Protection said shortly after Jakelin’s death that she was apprehended with her father, Nery Gilberto Caal Cuz, in a group of 163 migrants at about 9:15 p.m. Dec. 6 in New Mexico. The father signed an English-language form stating Jakelin was in good health, but it remains unclear whether he understood what the form said.

Jakelin and her father boarded a bus at about 4:30 a.m. Dec. 7 from the Antelope Wells port of entry for the Lordsburg station. According to a CBP statement, Jakelin’s father reported just before the bus left at 5 a.m. that she was vomiting.

The bus arrived in Lordsburg about 90 minutes later, CBP said. By then, Jakelin’s temperature had reached 105.7 degrees Fahrenheit (40.9 degrees Celsius). An emergency medical technician had to revive her.

She was flown to a hospital in El Paso, Texas, where she died the next day.

CBP says large groups of migrants are increasingly heading to remote areas of the border such as rural New Mexico, where it has very limited facilities or staff to apprehend and care for them. The Border Patrol recently started releasing families immediately instead of referring them to processing, a step the agency said was necessary to relieve overcrowding in its facilities.

Advocates have long warned that immigration facilities are ill-suited to detain families. After Jakelin’s death, the U.N. special rapporteur on the human rights of migrants urged the U.S. not to detain migrants and called for “a thorough investigation” of her death.

Barr Says Mueller Report Will Be Made Public by Mid-April

Netflix’s Cocaine Island Is the Ultimate Florida Man Doc. Is That a Good Thing?

Fans Don't Need to Know Korean to Enjoy K-Pop, But It Helps

Welcome! This is a monthly column where I’ll be talking about the many sides of K-pop and its fandom, from the perspective of both a writer and a long-time fan.… 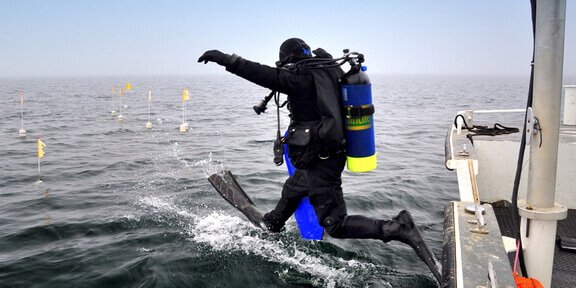 Best places to visit in Ibiza

If you stray from the superclubs, the Balearic party isle has a wealth of coves, beaches and live music bars to discover...

On Friday Solange released a beautiful new album in When I Get Home. It's a gorgeous and layered 19 tracks that you'll want to sit with for a while. Which is why…

When Jose Mourinho’s future was in the balance, Ole Gunnar Solskjaer was not among the candidates to succeed him. How did he go from no-hoper to shoo-in?

Applebee&apos;s brings back $1 Strawberry Dollarita for April, plus other deals and freebies